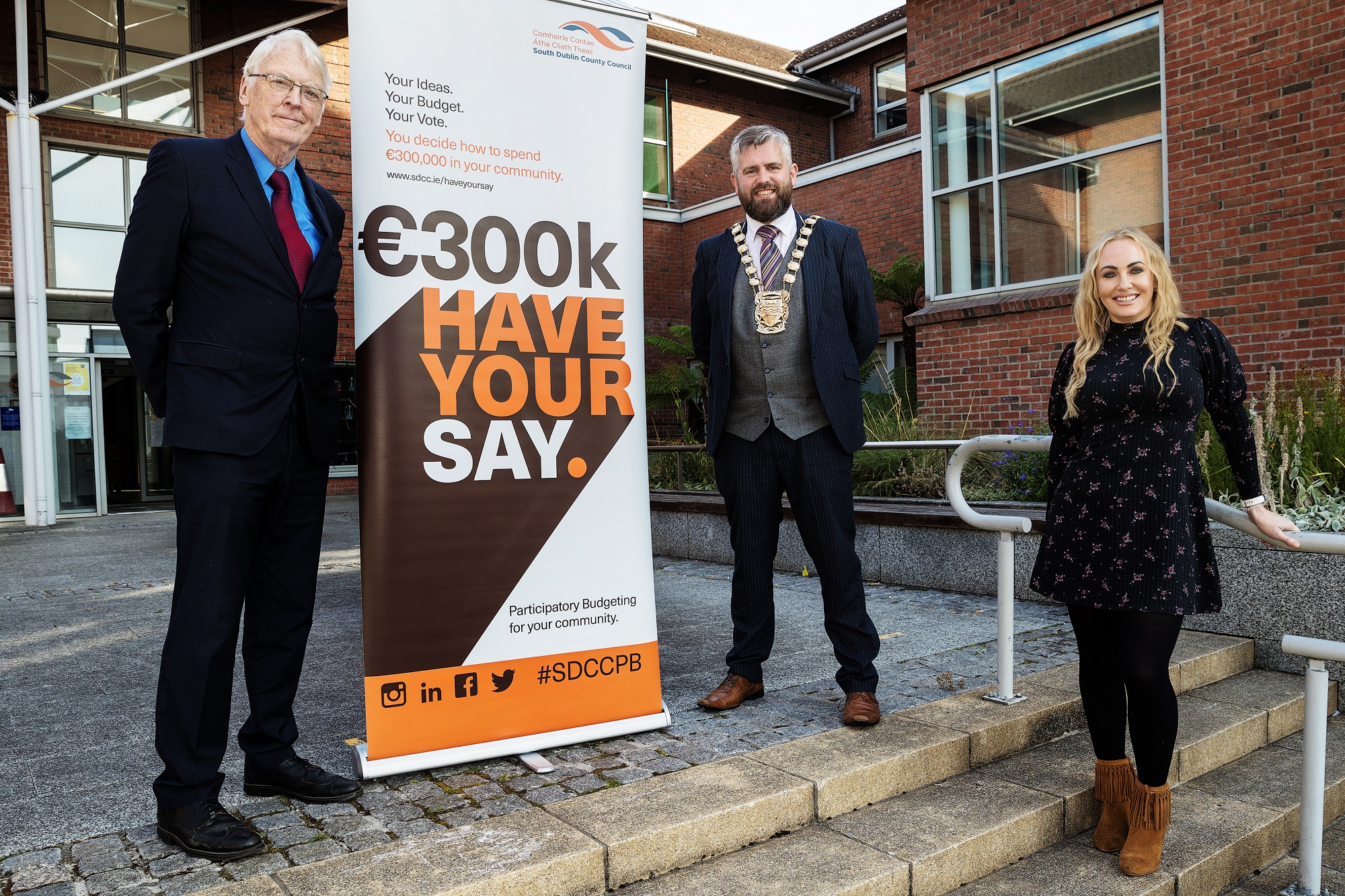 Public voting on South Dublin County Council’s €300k Have Your Say initiative in the Tallaght Central Electoral Area has commenced.

Residents are asked to log on to www.sdcc.ie/haveyoursay and vote on a shortlist of twenty projects which aim to improve the quality of life for residents, visitors and businesses in the area.

€300k Have Your Say is a participatory budgeting initiative that has been run by South Dublin County Council since 2017.

The initiative allows residents to develop project proposals for their local area and then vote on shortlisted proposals to select winning projects to be funded up to the value of €300,000.

There are no age barriers to taking part and every proposal is treated with respect.

Simply put, €300k Have Your Say is about helping to create community-led projects that directly benefit you, your neighbours, friends and family.

The Council received 223 submissions from the public during the consultation process which took place during September and October.

The participatory budgeting steering committee, which is made up of Elected Members and Council Officials, reviewed and consolidated all ideas into a comprehensive shortlist.

The recommendations were then brought to the full council for approval on Monday, 8 November 2021.

As well as the online vote, the Council will also open voting stations on Thursday, 21 November at several locations in the area. The venues being used as voting stations are:

“Before I was elected to the Council, I took part in €300k Have Your Say when it ran in Clondalkin in 2018 and it is a great way for people to get involved and decide what they want to see in their local area.

“Voting is open for the next two weeks and I would urge the people of Tallaght Central to get involved and have their say on where this funding should go.”