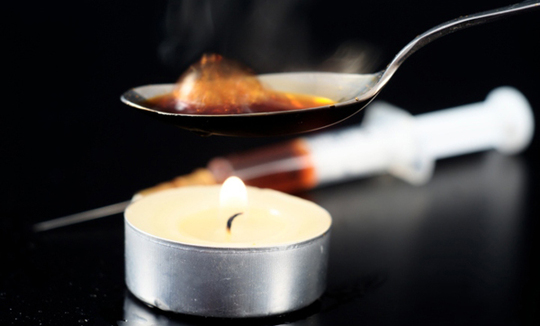 A new report reveals that there is a “tsunami” of crack cocaine addiction and dealing in the Tallaght-Whitechurch area of Dublin – with one third of those seeking help for addiction to the drug now being women.

The number of people being treated in Task Force projects in Tallaght has doubled in the last ten years which means that there is a growing community of people who have recovered, but front-line staff believe they are only meeting 25% of the true need.

A 75% increase in drug related crime, including intimidation of women by dealers, has hit the area since 2018, but Tallaght has the joint lowest number of Gardai per head of population in the Dublin region.

The report, The Landscape of Substance Misuse and its Impact on the Communities of Tallaght’s Drugs and Alcohol Task Force, which was commissioned by TDATF, is being launched in Killinarden in Tallaght today by Independent Senator Lynn Ruane.

Despite escalating needs, the Task Force funds nine front line community addiction projects in the Tallaght/Whitechurch area, had its budget cut from €1.3m in 2010 to just €1.2m this year.

TDATF is calling for an additional €1m in government funding to take on more front-line staff to address the crack issue, create more residential addiction, develop more direct interventions for vulnerable young people, and to fund more Gardai on the ground.

According to Grace Hill, TDATF co-ordinator, the onset of crack cocaine in the last three years means that services are at breaking point.

“Community drug services have been seriously underfunded for a number of years, but the growth in drug addiction, particularly crack cocaine, means that these services are under severe pressure, with waiting lists for vital supports for people in addiction”, she said.

“Crack cocaine causes chaos and destruction in the life of the person trapped in addiction and hugely affects their children, their wider family and community, including a growing number of women, have become trapped in a life of addiction and intimidation, who find it very difficult to escape the cycle of trauma and addiction without our help”, she said.

The report found that in 2021, the number of people using TDATF services because of crack cocaine addiction was among the highest in the country, and by this year, one third were women.

Addiction to crack cocaine is complex and difficult to overcome, with many people using more than one drug at a time, and therefore needs more staff time and support to be overcome.

Senator Lynne Ruane, who launched the report today, said families and communities in Tallaght is being abandoned by the Government.

“The people of Tallaght and Whitechurch and the services who support them have been pushed well beyond any acceptable level of resilience, and it is incumbent on the state to act and adequately fund this highly populated community to build capacity, to flourish and to escape the poverty levels that it experiences.

“You cannot read this report and ignore the relationship between poverty and addiction.

“The cost of a Government not funding this issue is far greater than the cost of funding it”, said Senator Ruane.