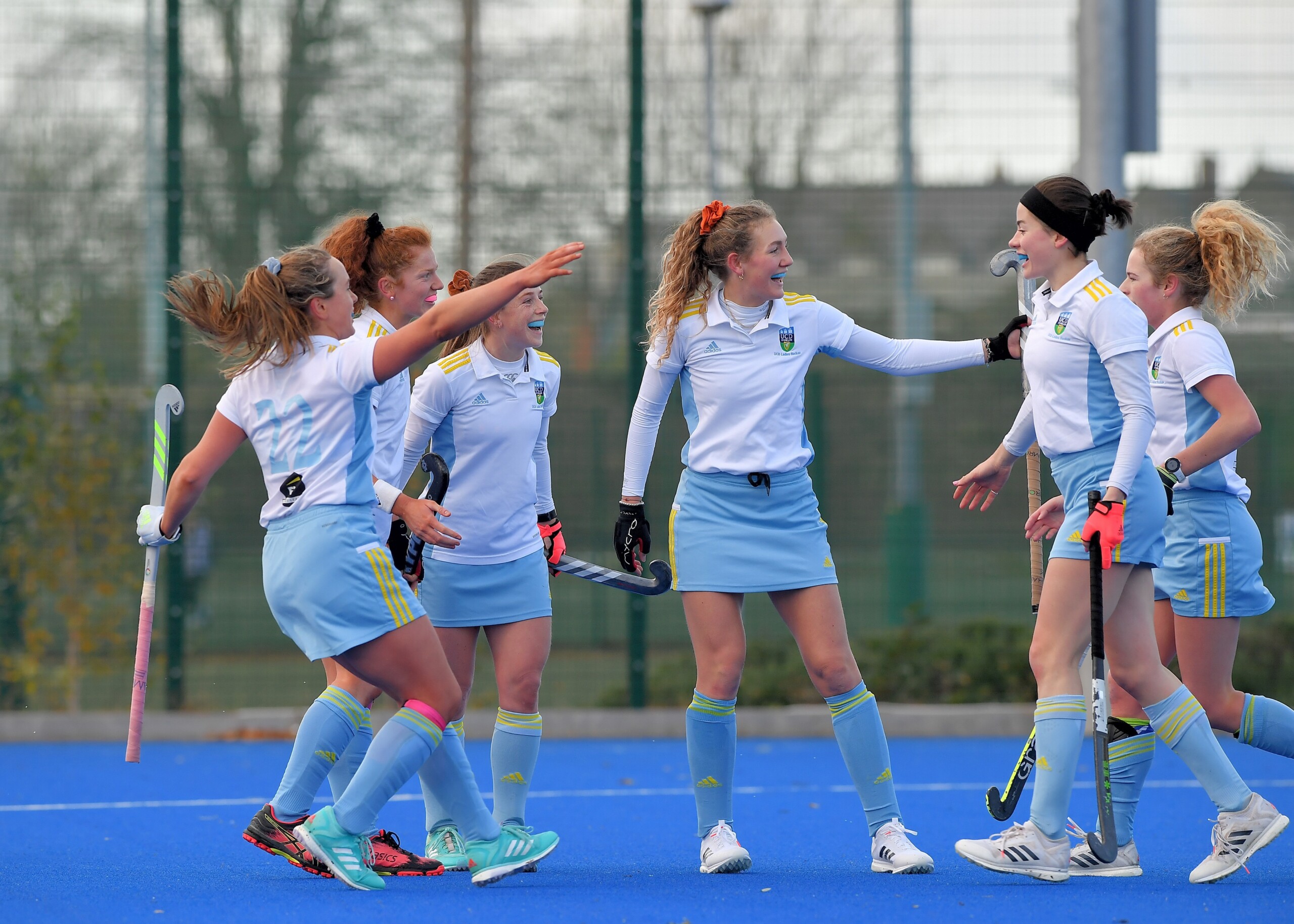 Irish Senior Cup specialists UCD are in the final four yet again as they produced a stunning late show to beat Railway Union 4-3 in a spectacular advert for the club game.

The Belfield students move a step closer to a potential fourth title in five editions of the competition following a rollercoaster contest.

Grace Keane and Niamh Carey had the hosts flying at 2-0 with just 22 minutes gone but Railway turned the game on its head either side of half-time.

Sarah Hawkshaw got them on the board just before the break and, in the 38th minute, it was level courtesy of the in-form Kate Lloyd.

Zara Delany then put Railway ahead for the first time in the third quarter. But UCD had plenty left in the tank and twins Michelle and Niamh Carey – playing against the side their mother Una McCarthy coaches – swapped the lead once more in the last 11 minutes with a goal each.

Pembroke marched on with a 4-0 win over Queen’s after a battling display from the Ulster side at the Dub.

Twenty places separate the two sides in the Irish pecking order but the EYHL national league leaders were made to work hard for their victory.

Simon Bell’s side did have their chances and, despite the result, Pembroke’s Emma Buckley was marginally the busier of the keepers.

The Cork woman pulled off a string of fine saves, denying the hosts particularly at the start of the second half when she was forced into three excellent stops.

But by that stage, Queen’s were already two goals down and chasing the game but their performance belied their domestic form which has seen them slip to 10th in the Ulster Premier League.

Alyssa Jebb was foiled by Buckley at a set-piece early on before former Ireland player Sinead Loughran drove home the opener in the 24th minute, her corner taking a deflection off a home stick.

After Buckley’s early second-half heroics, it took the Leinster side until the 64th minute to add to their tally, Delamer adding her second with a carbon copy of her first.

With two minutes left, Pembroke wrapped things up with the best of the bunch. Good work by 2018 World Cup silver medallist Gillian Pinder and Rachel O’Brien set up Martha McCready who scored from a rebound off the keeper’s pads.

Those were the only games to survive the frost. Catholic Institute’s away trip to Banbridge was cut short while Muckross and Pegasus’s game at Grange Road was also postponed.

In EY Hockey League Division 2, it was a frustrating day for the Munster contingent.

At an emotional Mardyke,  the game between UCC and Ards was preceded by a minute’s silence in honour of Margot Hartnett, wife of club mentor and stalwart Paidi Hartnett.

The Ulster side, though, took the initiative in Pool A as their blistering first half performance saw them win 3-1.

Jess Ryan got the ball rolling before Zara Malseed thumped in two more before half-time for a 3-0 advantage.

Irish Under-21 co-captain Caoimhe Perdue pulled one back for the students who had another goal disallowed in a rousing second half but Ards held and now top the group at this early stage after Corinthian and Galway’s tie was frozen out.

Just down the road in Pool B, Lurgan nabbed a 1-1 draw at Cork C of I with Sarah McClure striking in the closing stages, cancelling out Julie Coyne’s effort.

Monkstown have taken a big step forward with their second win of the group. They were made to wait until the second half before eventually seeing off NUIG 2-0 at Dangan.

Anna O’Flanagan made it two goals in two games this season with the opening effort in the 38th minute before Amber Barnwell scored a penalty corner shot to make the game safe.

In the Irish Hockey Trophy, Ashton, YMCA and Raphoe are all through to the semi-finals from the three games that went ahead.

Ashton came from a goal down to beat Clontarf 2-1 with Emma Nagle and Kate Harvey overturning Ali Bailey’s opening goal from a corner. Isobel Jansen Cahill’s penalty stroke save late in the game assured the victory.

Zara Tinney got the only goal for Raphoe as they won 1-0 against Armagh while YMCA were 3-1 victors over Genesis, a side from a division above in the Leinster leagues.

Mya Adams got the only goal of the first half for YM before Aoife Orton equalised for Genesis. Abi Kennedy and Charley Flavin strikes swung the tie the way of the Y.