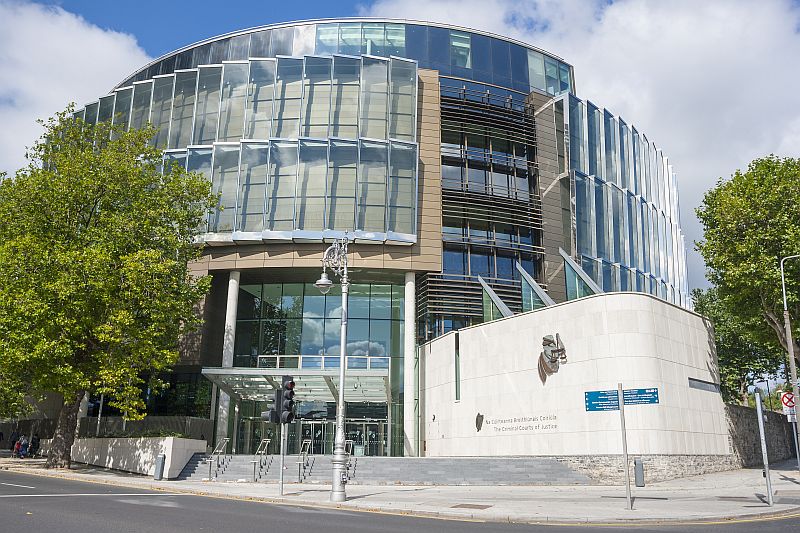 A teenager who “manned up” after he was one of three youths who attacked a man while he lay on the ground has received a deferred sentence of 12 months detention.

The 17-year-old, who cannot be named as he is a juvenile, pleaded guilty at Dublin Circuit Criminal Court to assault causing harm to the victim at Sallynoggin, Dublin. on August 16, 2020.

The court heard that although he said he initially tried to pull the attacker off the victim, he then kicked the victim a number of times in the lower body. His lawyer said he then “manned up” and managed to pull the other youth away a second time and they left the scene.

A second 16-year-old who pleaded guilty to the same offence has been remanded on continuing bail for sentence next December to allow for the preparation of a report from the Probation Service.

A third man, who has yet to come before the courts, is charged with a more severe offence of assault causing serious harm as the State accept that he was the main aggressor and instigator of the offence.

Karl Finnegan BL, prosecuting, told Judge Melanie Greally that the prelude to the assault was a separate attack at a party earlier that night, which the 17-year-old and 16-year-old attended, in which a party goer’s faced was slashed.

The man’s attacker was directed to leave the party and was assaulted a short time later. This attack  led to him being kicked while he lay on the ground and being stabbed with a broken bottle.

The victim sustained serious head injuries and was unresponsive when paramedics arrived at the scene. He was initially treated in St Vincent’s Hospital, but due to swelling and bleeding on his brain he was transferred to Beaumont Hospital where he remained for two weeks.

The victim was later brought back to Vincent Hospital where he was cared for a further four months before he was moved to the National Rehabilitation Centre. He is now living at home under the care of his mother.

A victim impact statement prepared by the youth’s mother stated that her son’s “limp, lifeless body was clinging to life”.

She got to see him in intensive care and was not prepared for what she was about to see. His face was so badly injured that she could only “identify him by his hands”.

“I didn’t think he would make it. He spent the next four weeks in a coma not knowing if he was going to survive,” the woman said, before she added that once her son was taken out of the coma it took 10 days before there was any response from him.

Eilis Brennan SC, defending the 17-year-old, asked the court to accept that her client’s involvement in the assault was limited.

She said he is extremely remorseful for his involvement and realised what he has done wrong.

“He manned up and tried to intervene” Ms Brennan said referring to the evidence that he twice tried to drag the main aggressor away, but acknowledged that he had initially “stupidly” involved himself.

Counsel submitted that the CCTV footage of the assault was very limited yet her client still identified himself on it.

In sentencing the 17-year-old today, Judge Greally said it was impossible to establish what injuries he is responsible for, but that he has admitted to kicking the victim on multiple occasions.

“I cannot quantify the harm caused by his precise actions, but in my view his culpability is high because someone was on the ground and he was kicked by three people,” she said.

She acknowledged that the evidence supported the fact that the two teenagers before her had a more limited role in the assault and the main aggressor and person responsible for the extremely serious injuries has yet to come before the court.

Judge Greally said there was abundant mitigation for the 17-year-old accused and accepted defence evidence that he was a prefect in school and a letter from his football coach which described him as a player who was never aggressive.

“He is a young man with plenty of potential,” Judge Greally said before she referred to a report from the Probation Service which said he had engaged successfully and completely with the service.

Judge Greally deferred a sentence of 12 months detention for a year and ordered the teenager engage with the Probation Service for those 12 months and follow any of their directions.

She advised the teenager and his father, who was in court, that she will make a final decision on the case next October when she will rely on a report from the Probation Service to determine if the detention should be imposed.

“In the event that everything is as it should be I will be in a position to suspend the entirety of the sentence or look at an alternate community sanction,” Judge Greally said.

The court heard that this third youth is the cousin of the youth who was slashed during the house party and he began the assault when he was informed that this victim was the one responsible for it.

Witnesses told gardaí that they could hear this man shout “That is for my cousin”, while another person identified him as “the instigator, the evil one, who had the aggression on”.

Both teenagers were arrested and later made statements to the gardaí while being accompanied by their parents.

The 17-year-old told gardaí he was in the house party earlier that night when the youth’s face was slashed.

He said he was walking home when he saw the third accused kicking the victim in the stomach and claimed he tried to pull him away.

He later admitted that he also kicked the victim three or four times to the lower party of his body.

He identified himself on CCTV footage and said he recognised his runners “kicking” the victim. He said he grabbed the third man a second time and together they left the scene.

The 16-year-old admitted to kicking the victim once while he was lying on the ground and also identified himself on the CCTV footage.

The court heard that the victim was not in a position to make a victim impact statement so his mother prepared one.

Mr Finnegan read that statement into the record in which the woman said that that night will haunt her for the rest of her life when a youth called to her home and “told me my son was in a bad way in the back of an ambulance”.

She said there is “little prospect” for her son working or continuing with his education. His acquired brain injury means that he needs a lot of care. He suffers from body tremors which causes him to lose his balance and fall. He is on constant medication and suffers from severe memory loss.

The woman said her son is “a wonderful, kind and caring young man”, who is very positive and never complains. She said he loves his animals and watching Netflix with his cup of tea.

She concluded her statement by saying it was “a moment of madness” that has affected so many people and thanked the gardaí, nurses and doctors for their support.

Brian Gageby BL, defending the 16-year-old, also referred to the bad quality of the CCTV footage and said it was difficult to figure out from the footage “who did what”.

He said the footage didn’t capture his client’s involvement in the assault nor was there any DNA found him linking him to it, so he asked the court to accept that his admissions were of great value to the prosecution.

Judge Greally adjourned the teenager’s case to December 2, next to allow for the preparation of an updated report from the Probation Service and further plea in mitigation from Mr Gageby.