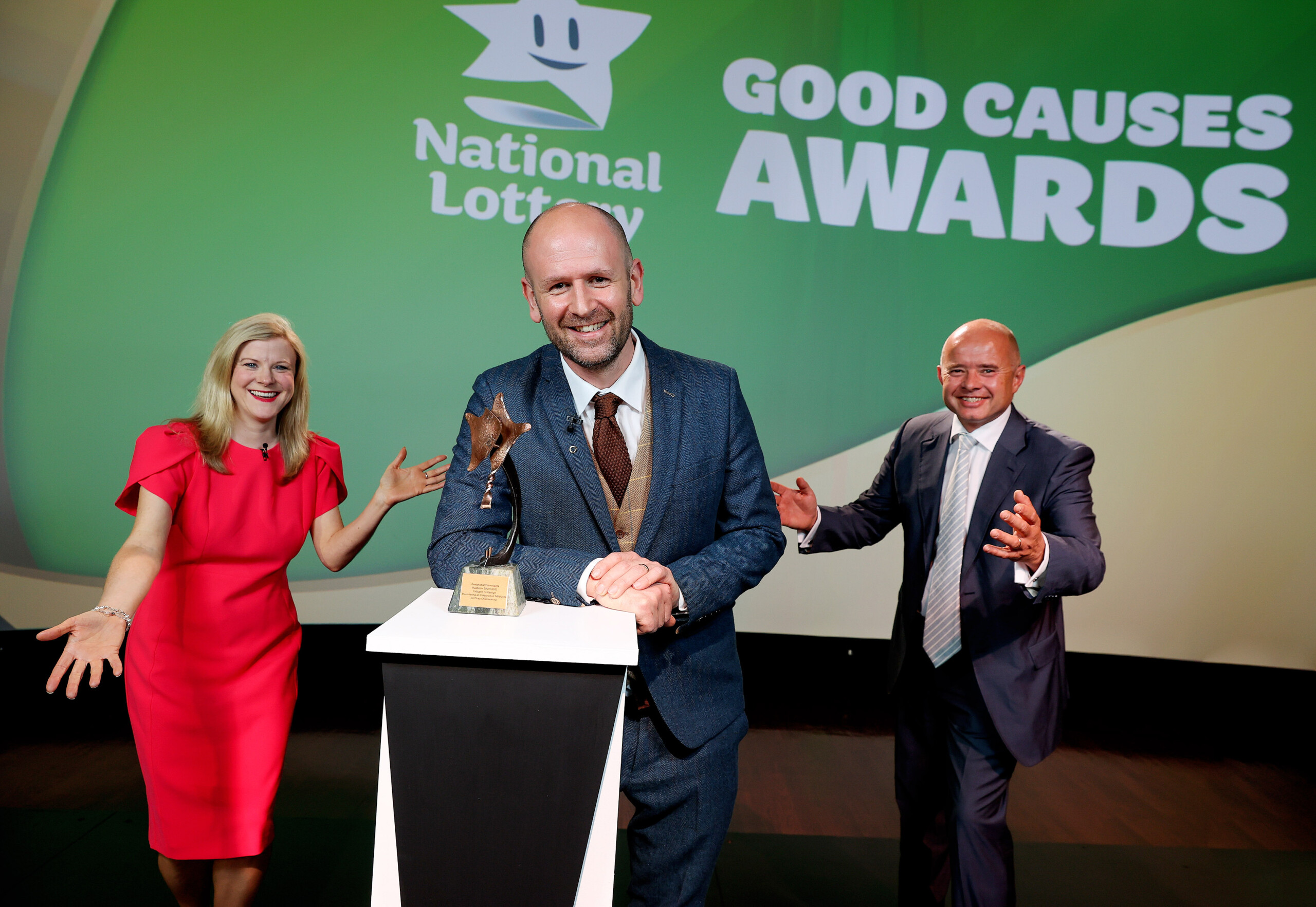 Both organisations were presented with their awards during a virtual ceremony on Saturday afternoon with the 36 finalists tuning in from the comfort of their own homes all over Ireland.

Grainne Seoige hosted the event live from the Round Room at the Mansion House in Dublin and was joined by an array of familiar faces to present each of the awards to the category winners.

The Immigrant Council of Ireland is a national organisation that works to promote and defend the rights of migrants.

The mission of the non-governmental organisation is to support and advocate for the rights of immigrants and their families and act as a catalyst for public debate, legal and policy changes.

Their vision is a society that is fair, respects human rights and diversity, and is committed to everyone having the opportunity to fulfil their potential, including people from a migrant background.

Last year, the Good Causes funding received enabled the organisation to provide free information and advice to over 5,000 people through their helpline.

Gaelphobal Thamhlachta is an Irish language and cultural organisation based in Tallaght who aim to promote the Irish language as part of everyday life within the Dublin 24 suburb.

In 2019 Gaelphobal Thamhlachta opened the bilingual Cafe? Aon Sce?al in the heart of Tallaght Village, as part of an Irish language and cultural centre which was developed on the back of vital contributions made by National Lottery players through Good Causes funding.

The opening of the Café drove even more awareness and interest to the organisation following widespread coverage across national and local media. It also gave Irish speakers in the area a place to meet and socialise through the Irish language.

Nearly 30 cent in every €1 spent on all National Lottery games goes back to Good Causes in the areas of sport, youth, health, welfare, education, arts, heritage and the Irish Language.

In total more than €6 Billion has been raised for Good Causes since the National Lottery was established 34 years ago. In 2020 alone, €254 million was raised for local Good Causes in communities across Ireland.

Andrew Algeo, Chief Executive of the National Lottery said: “I would like to congratulate all of the team at the Immigrant Council of Ireland and Gaelphobal Thamhlachta as well as our other five category winners who have all had a tremendous impact within each of their communities.

“The past year has been a challenge for towns and villages all over Ireland and these groups have gone above and beyond for those around them.

“It is such an inspiration to see the amazing work being done in every corner of the country by such a variety of groups who benefit from Good Causes funding.”

The six category winners received €10,000 each, whilst the overall Good Cause of the Year, Lough Ree Lanesborough Angling Hub, received an additional €25,000.