Home Latest News The Dubliner who attempted to assassinate Mussolini 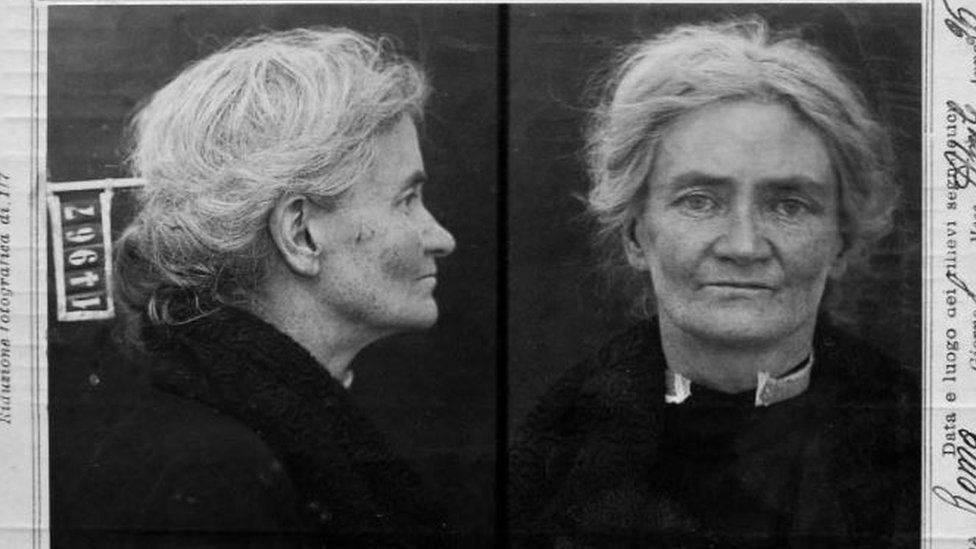 Il Duce’s only injury was to his nose and his ego, but the woman who shot him was about to be written out of history and buried alive.

Violet Gibson, who at the time of the assassination attempt was 49 years old, had formerly been a debutante at the Court of Queen Victoria.

On that fateful day, she pushed her way through an adoring crowd in Rome and fired one shot before the gun jammed.

She was then attacked by Mussolini’s supporters, and only saved by the police intervening and arresting her.

She came the closest to success of the four assassination attempts on Mussolini, yet, she was written off as a lone “mad Irishwoman”, committed to a lunatic asylum, and effectively written out of history.

Following 18 months of imprisonment and interrogation in Italy, and investigations into an international conspiracy, a deal was brokered by Mussolini and the British Foreign Office to have her declared insane and locked up in a British lunatic asylum for the rest of her life.

For 30 years, she battled for her release, writing letters to the authorities, politicians, friends, to Churchill after Italy declared war on Britain, to Princess Elizabeth.

Her letters were never posted. In 1956, she died alone in the asylum, no friends or family attended her funeral.

Passed off as a “mad Irishwoman”, a “demented spinster”, a “crazy Irish mystic” this revelatory documentary brings the fascinating story to light, of the bold, free-thinking daughter of the Lord Chancellor of Ireland, who rejected the trappings of her Anglo-Irish upbringing, and committed herself to social justice, anti-war activism, and opposition to fascism.

95 years after the assassination attempt, the commemorative plaque has generated worldwide interest in this truly captivating story of Violet Gibson – The Irish Woman Who Shot Mussolini.

Now her story is set to be told in ‘Violet Gibson – An tÉireannach Mná a Lámhach Mussolini (The Irish Woman who Shot Mussolini) which will be broadcast tonight Wednesday, September 22, at 9:30pm on TG4.

An English language version of the film was first screened at the Dublin International Film Festival in March 2020.

The film won Best Feature Documentary at the Kerry International Film Festival in 2020.

The film was also nominated for three awards at the Richard Harris International Film Festival, Best Feature Film, Best Director and Best Actor in a Female Role. It also screened at the Chicago Irish Film Festival in March 2021.

This screening of the Irish Language version of the film on TG4 is the inaugural TV screening.

Barrie Dowdall, Producer, said “After the Radio Documentary The Irish Woman Who Shot Mussolini produced by my wife Siobhán Lynam, won a Gold Award at the New York Festivals World’s Best Radio Programmes, I decided to adapt the story as a Documentary Feature Film for theatrical release and the arduous treatment writing and pitching process began in earnest. We eventually secured finance from TG4, the Broadcasting Authority of Ireland, the Irish Government Section 481 Film Relief Fund and investment from our own Production Company Ned Kelly Pictures.

“As a director and storyteller I’m always been interested in exploring lesser known characters.

“I was fascinated with Violet’s story from the very beginning.

“I wondered how might this distinguished woman have altered the course of world history if her pistol hadn’t jammed. I thought if she was a man she would be celebrated as a heroic visionary with a statue erected in her honour.”

Máire Ní Chonláin, Commissioning Editor said: “Violet Gibson, a Dublin woman, was a true anti-fascist and for her role in shooting Mussolini she was committed to an asylum for the rest of her days. She is not the first woman who was obliterated from history in this way.”