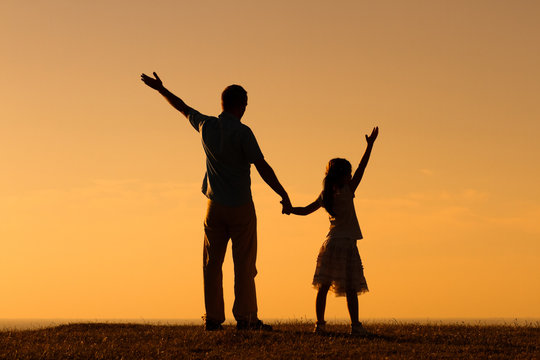 Dads have called for greater equality, more engagement and tailored supports for their role as fathers, in a new report on parenting.

The report Being Dad published today by Tallaght based community development organisation the Childhood Development Initiative (CDI) showed some men struggling to be involved as equal caregivers and encountering obstacles – including economic, structural, psychological and interpersonal.

However, the study found that Tallaght based Dads expressed their experience of being a parent as very positive and rewarding.

Relationships with their children were of great importance and they wanted to be actively involved as equal caregivers.

“Barriers can include work commitments, lack of information and supports for Dads and a tendency to defer to Mothers as expert in child rearing. Many Dads expressed the view that despite wanting to be actively involved, barriers existed in interacting with health care professionals, with many feeling unacknowledged by professionals.”

CEO of From Lads to Dads, a Tallaght based organisation to support young Dads, Dave Saunders also highlighted challenges which Dads can face.

“One of the difficulties can be preparation of Dads for the time of birth.

“This is a critical bonding time and the importance of this should be fully recognised. Everything from maternity information leaflets, to supports after babies are born, are almost exclusively geared towards mothers.

“The vast majority of men find childbirth amazing and closeness at this time has long-term benefits for both Dads and their children.”

The report was launched by Citywise CEO Jonathan Doyle who highlighted the importance of supporting and encouraging a positive parenting experience for all Dads.

CDI CEO Marian Quinn said the report provides useful recommendations on what can be learnt.

“Strengthened approaches to engagement with expectant fathers is recommended including involving fathers more from the beginning in preparation for pregnancy, labour, and parenthood.

“Materials on the importance of the father’s role, how to care for and bond with baby, support mothers and become a co-parent, would help to promote a family-centred approach. Furthermore, targeted approaches should be incorporated into the training of health and social care professionals working with babies, children and families.”

The report comprised a questionnaire and in-depth interview with 11 Dads in the Tallaght area. Between them, participants had 16 children, aged between three months to thirteen years.

The socioeconomic background of the Dads was reflective of the wider Tallaght area, which contrasts of relative prosperity to distinct pockets of disadvantage and deprivation.