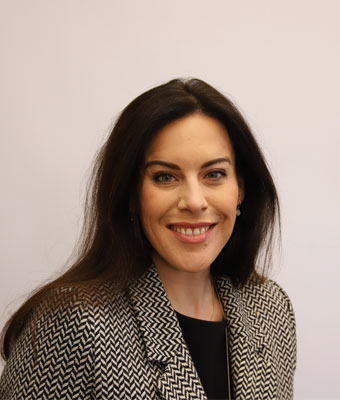 Dún Laoghaire TD Jennifer Carroll MacNeill has said it is time for Sinn Féin ‘to face up to its past.’

The Fine Gael Deputy also blasted Mary Lou McDonald as she called on her to ‘lead from the front.’

“With her recent remarks in relation to the 1979 tragedy at Mullaghmore, Deputy Mary Lou McDonald, as leader of Sinn Féin, is clearly not yet at a stage where she can offer apologies or admit that the killing of Lord Mountbatten, Lady Brabourne, his grandson Nicholas and his friend Paul Maxwell was wrong,” Deputy Carroll MacNeill said.

“In keeping with the ‘party line’ overseen from Belfast, she attributes the blame for this and other horrific atrocities to events that occurred within a ‘war’.

“But there wasn’t a war. IRA, and other paramilitary, violence was a terrorist campaign which had no legitimacy as the overwhelming majority of people in both parts of the island did not support it.

“In marked contrast to the IRA campaign of violence, the essential work of the civil rights movement had, by the early 1970s, largely been achieved by peaceful leaders and non-violent means.

“The continuing aim of the IRA campaign was to bomb Britain out of Ireland and that terrorism was responsible for more deaths than any other in the decades that followed.

“23 years after the signing of the Good Friday Agreement, acknowledging ‘wrong’ and apologising, remains too sensitive and difficult for the now Leader of Sinn Féin. Instead Deputy McDonald has spent the week walking back what was initially perceived as an apology or admission of wrongdoing.

“This very fact must remind us that our focus has to be on achieving the ambition of Article 3 of the Constitution – to unite the people of this island.

“Deputy McDonald acknowledges that her job is to ‘lead from the front’.

“Well, now is her time to do that and to focus the considerable energy and resources of her party on reconciliation and relationships, rather than just a relentless focus on one aspect of the Agreement, the possibility of a border poll.”

Deputy Carroll MacNeill said that she believed Sinn Féin and other parties on the Power-Sharing Executive could initiate ‘a serious programme for integrated education in Northern Ireland which would show a deep commitment to enabling a reconciled people with a genuinely shared future.’

“Yet today, only 24,132 of Northern Ireland’s children are in integrated schools,” she said.

“We could have had a generation of young people come through integrated schools since the Good Friday Agreement but instead it represents only 7% of school places and is oversubscribed every year.

“Sinn Féin could take steps to recognise and respect the rights of both traditions. Unionist parties did not oppose the planting of a tree in Stormont to mark the 125th anniversary of the GAA (Ref 2).

“The erection of a granite stone map of Northern Ireland in the grounds of Stormont to acknowledge the centenary of the founding of Northern Ireland presented a comparatively easy way to reach out to unionists, and was a step that was given support by the Alliance Party and the SDLP. However, Sinn Féin vetoed it.

“Sinn Féin could also approach with parity the deaths of lawyers Edgar Graham and Pat Finucane.

“The Irish state has fully supported the call to investigate fully the terrible murder of Pat Finucane, including most recently in December 2020 where the Government, both Houses of the Oireachtas and the Good Friday Agreement Implementation Committee, of which I am a member, called for an inquiry as an imperative for the rule of law.

“However, Sinn Féin has never condemned the sectarian murder of lawyer and academic Edgar Graham in 1983, who was regarded as a future leader of the Ulster Unionist Party (Ref 1).

“At an absolute minimum, Sinn Féin could remove the language on the cover of their website that depicts those of different views or their ‘opponents’ as ‘continuing their onslaught’ against a United Ireland (Ref 3). The language of conflict in this contemporary context is pretty obviously unhelpful.

“The lessons of the last few weeks, including the threat to the life of a PSNI officer this week, reminds us sadly that 23 years after the Good Friday Agreement, Northern Ireland is a deeply divided society.

“Everyone is entitled to their legitimate aspiration, and mine is first and foremost of a united people before anything else – within Ireland, within Northern Ireland and on the island of Ireland, so that in whatever polity may emerge in time, it is grounded in a society more reconciled, as per the central aspiration of the Good Friday Agreement.

“When will it be time for Sinn Féin to face up to its past, and focus on reconciliation and relationships, as we seek to unite the people of this island?”, concluded Deputy Carroll MacNeill