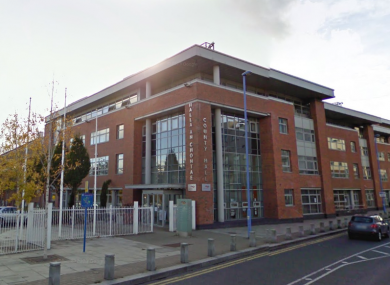 At the July County Council meeting councillors in South Dublin County Council voted unanimously in favour of a motion supporting the Campaign for an All Ireland National Health Service.

People Before Profit councillor Madeleine Johansson had submitted the motion following a presentation to councillors by the campaign in May by Professor Veronica O’Keane.

The Campaign, which was set up in 2020 as a response to the Covid-19 crisis, has a large number of signatories including prominent health care professionals and politicians.

The Campaign letter states: “Covid has given glimpses of what a comprehensive public health service could look like and why we need one.

“Throwing public money at the private hospitals to access their bed capacity is not the solution. Nor is buying in private for-profit services in the Health and Care Service in the North.

“Private healthcare systems are wasteful and inefficient. Where there are more extensive public health systems – like Belgium or Denmark – state spending on healthcare is 10% of GDP, whereas in the United States where private healthcare is the norm, the equivalent figure is 17%.

“In the Republic, the health service consists of a ramshackle, opaque and highly inefficient mixture of public spending from our taxes, private spending from insurance payments and out-of-pocket payments (GP and prescription charges).

“The part of the health care sector run by religious orders is categorized as ‘not-for-profit’, but actually, like the Bon Secours group, it makes huge profits.

“Even now the Irish Government is gifting our new National Maternity Hospital, at a cost of upwards of €500 million, to a new private entity, ‘St Vincent’s Holdings CLG’, formerly owned by the Sisters of Charity. Care homes run by the same religious order, in the midst of a pandemic, are being sold off, residents moved on and staff let go. Profit should not drive healthcare any more than patients paying for it should.

“Healthcare should be a basic social right that everyone is entitled to. We are calling for all health and social care to be made accountable in a one- tier system, across this island, to which everyone has free access, and which is funded from general taxation and under public control.”

“This shows the clear need to tackle our health crisis. Covid-19 has exposed the problems in our health services across the island.

“The two-tier health service in the Republic is in absolute crisis with almost one million people on hospital waiting lists. Those who have money can pay to access private healthcare while those who can’t pay are left to suffer.

“The border has been proven a significant problem when it comes to public health measures.

“We need a new 32 county National Health Service that’s free at the point of access and available to everyone.”