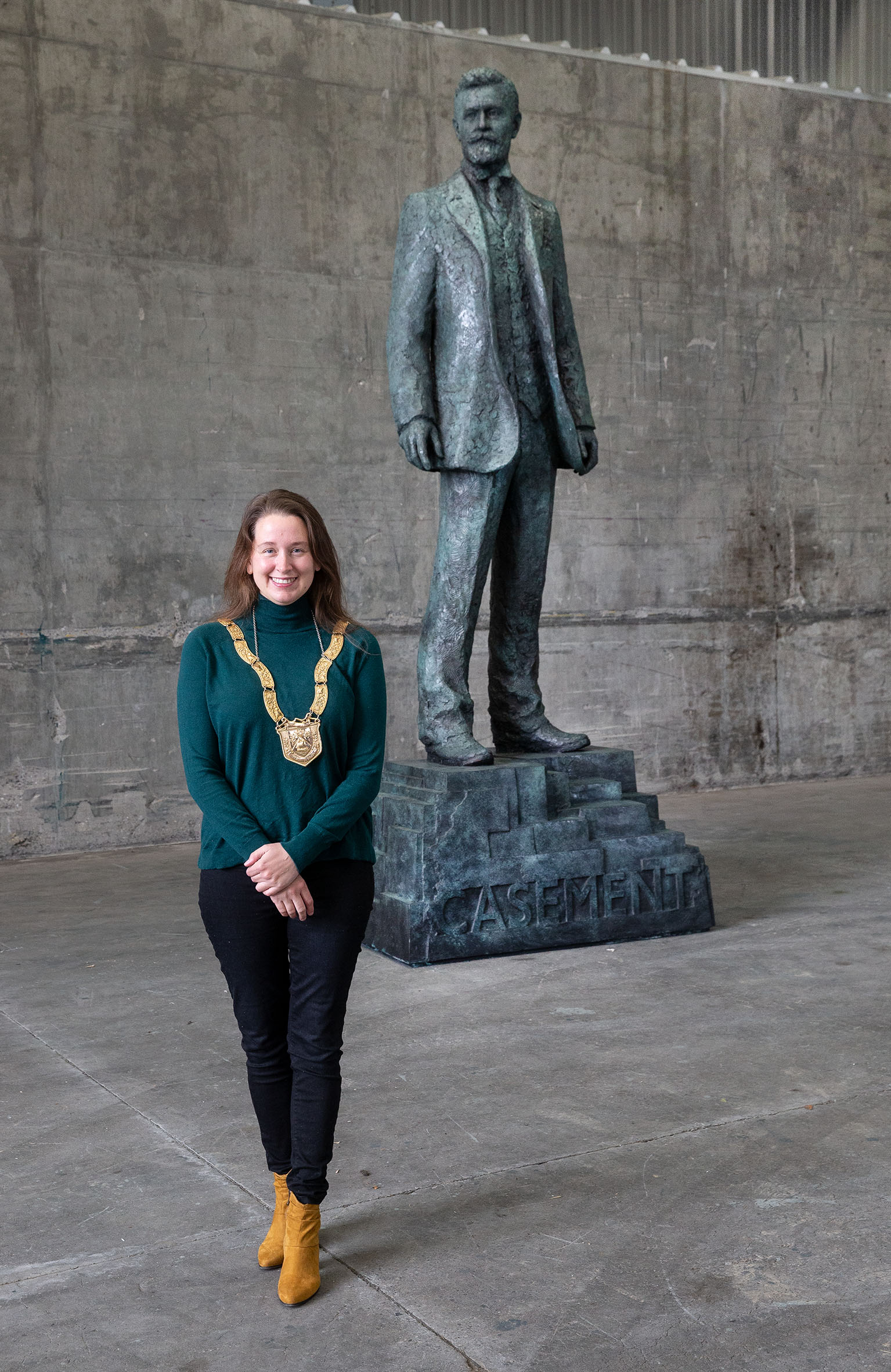 The Roger Casement Statue that will be sited at the end of the new jetty at the Dún Laoghaire Baths project has been officially unveiled by An Cathaoirleach, Úna Power.

The statue was commissioned by Dún Laoghaire-Rathdown County Council and commemorates Casement who was born in Sandycove in 1864 and was executed for his part in the 1916 Rising.

Casement was one of the most interesting Irishman in the late nineteenth and early twentieth centuries.

He joined the civil service and held a number of consular appointments in various locations in Africa.

During this time he investigated human rights abuses in the Belgian Congo.

He later reported on the abuse of rubber workers in Brazil for which he was knighted in 1911.

He resigned from the Foreign Office and devoted his energies to Irish independence.

Most notably he went to Germany to garner their support for a Rising in Ireland.

On Good Friday 1916 he landed at Banna Strand, County Kerry, where he was immediately arrested.

When he was transferred to London to stand trial his last sight of Ireland was from the boat at Dún Laoghaire harbour, near the place of his birth.

At the end of a high profile trial he was found guilty of high treason and executed at Pentonville Prison on 3 August 1916.

In 1965 his remains were returned to Ireland for burial

“I am delighted to unveil this striking commemorative sculpture of Roger Casement who was born in Sandycove and who is undoubtably one of the most interesting Irishmen of the late nineteenth and early twentieth centuries and I congratulate Mark on his excellent work.”

The statue was created by sculptor Mr Mark Richards (FRSS) following an open competition and is a representational bronze, standing over 3m tall.

It will eventually be sited at the end of the new jetty at the Dún Laoghaire Baths project which is currently under construction.

The sculptor Mark Richards said that it was “One of the most challenging pieces I have encountered, I set out to convey the complex character of Roger Casement in a composition that suggests elements of his remarkable story.

“I am very happy with the sculpture, not least for its sense of decorous defiance.”