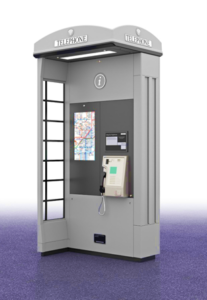 APRIL 7
As part of its city-wide project, phone network Eir had recently placed a digital phone box on Annesley Bridge Road in Fairview.
This phone box, or “digital pedestal”, was one of 22 that had been introduced to various Dublin streets in recent weeks.
According to the company, the kiosks were “suitable for wayfinding and where the council can advertise upcoming festivals and services, all housed in a modern aesthetically pleasing unit.”
They were “designed to play a role that is more suitable to city life today, not only as a point of connectivity, but as an information system for the local authorities services including mapping systems for visitors and residents when life returns to normal.”
However, the Fairview box was drawing criticism for its positioning, and lack of space it allowed for wheelchair users to pass.
Damian O’Farrell, Independent councillor for Clontarf, raised this issue at an Area Committee meeting, saying that the kiosk does not comply with Irish Wheelchair Association (IWA) guidelines for wheelchair permeability.
Concerns were growing that the redevelopment of Dalymount Park might be scuppered by Covid budget constraints despite reassurances issued earlier this month by Dublin City Council and the Minister for Sport.
Last January, the Department of Media, Tourism, Arts, Culture, Sport had allocated €918,750 to Dublin City Council towards the estimated at €2,450,000 needed for the overall design cost for the redevelopment of Dalymount Park.
However, since the pandemic struck fans of Bohemians and Shelbourne, who both will be based at the Phibsboro stadium, were becoming increasingly concerned about the project’s future.
In the South, a local community group had launched a fundraising drive to stop high-rise developments in their area.
The Knocklyon based Abbots Grove Community Group said they has set up a GoFundMe campaign to save the Stocking Avenue area from overdevelopment.
Ballycullen SHD was the just the latest in a series of Strategic Housing Developments (SHD) submitted to An Bord Pleanála for the Stocking Avenue Area.
Over the previous 15 months, plans for Taylors Lane SHD, Stocking Lane SHD and White Pines East SHD were submitted to An Bord Pleanála and Scholarstown SHD had already commenced construction (former Cosgrave lands).
According to the group, if any of these SHDs got approved, it would set a precedent for more high rise buildings and high density development in the area.

APRIL 14
South Dublin authorities were searching for ways to tackle the problem of illegal dumping as local councillors and politicians said this week the issue had worsened over the past few months.
The dumping of waste on rural roads and side streets that are hidden from public view has become a regular occurrence according to some councillors as there is little deterring people from dumping their waste.
“There has been a major increase in the volume of illegal dumping throughout the country and we’ve seen lots of examples locally,” Labour representative for Clondalkin Chris O’Dwyer told Southside People.
“In South Dublin an extra 700 tonnes of illegally dumped items were removed in 2020.
We learned that the problem for local authorities and Gardaí is that there are currently few deterrents for people to illegally dump their waste.
The use of CCTV has been previously challenged in courts as a breach of GDPR and the technique of finding the dumper’s name and address among the waste has been seemingly thwarted – with people beginning to make sure personal details that occur on documents are not included in the dumped items.
In our West edition, we spoke with a group of Clonsilla residents who said they would fight plans to build large apartment blocks in their community “all the way.”
Osh Ventures had submitted a Strategic Housing Development (SHD) application for the site at the Old Schoolhouse on the Porterstown Road.
The site is on a small strip of land adjacent to the canal between Keenan Bridge in Porterstown and Callaghan Bridge in Clonsilla.
The €43 million apartment development would consist of 198 Build To Rent (BTR) apartments. 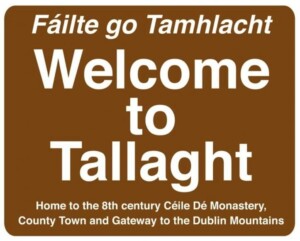 APRIL 21
Tallaght residents said they were wondering what was causing the delay in installing welcome signs at main roads, three years after one was removed by South Dublin County Council.
In 2018, local residents, as part of Tallaght Community Council (TCC), installed a ‘Welcome to Tallaght’ sign at Balrothery Cross but two days later, the county council removed the sign.
Liz Kennedy, TCC chairperson and Tallaght resident said the situationhad been dragging on for many years.
“There was a ‘Welcome to Tallaght’ sign on the Old Tallaght Road as you would expect for any town or village up until the 1990s,” Liz told Southside People.
“This was removed as the road network changed for the N81 and M50 in the 90s and early 00s.
“The sign was never replaced despite Tallaght being a major population centre in Dublin and the
county town of SDCC.”
An Bord Pleanala gave the go ahead to controversial plans for a 297 unit shared co-living scheme on the site of Phibsborough shopping centre.
Developers MM Capital, who own the entire site, got the green light for the planned €50 million revamp despite local opposition to the plans.
As well as the co-living scheme the plans also include a new civic plaza for the local community, a new entrance-way to a redeveloped Dalymount Park plus upgrading of existing office and retail space.
APB received 18 objections against the scheme which was the first co-living scheme approved by the board since Minister for Housing Darragh O’Brien announced in November that he was banning them.
However, the ban was not signed into law until December 22nd and in between the time of the Minister’s announcement and his signing MM Capital submitted an application to An Bord Pleanála for the co-living scheme with 321.
They already had planning permission to redevelop the site for student accommodation for 341 students 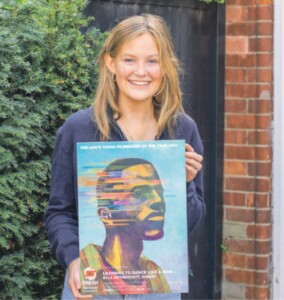 17-year-old Ella Nethercott from Rathgar, took home the title of Ireland’s Young Filmmaker of the Year 2021 for her film ‘Learning to Dance Like a Bird’ in April

APRIL 28
In the Southside, An Bord Pleanala’s decision to give the go ahead to the proposed co-living development at the old Player Wills building in Dublin 8 was described as “devastating,” by local residents.
The project, proposed by US-based property developers Hines, will see the construction of 732 apartments, incorporated into the old cigarette factory.
Dublin 8 Residents Association member Mark Stedman told Southside People that the planning authority’s decision was “disheartening.”
“There’s no developments as egregious as this in Dublin,” said Stedman.
“I can’t speak for the residents association, but for myself, I’m disappointed but not surprised that permission was given.”
Among the objections raised by residents were the height of the apartment blocks which will reach 19-storeys, the density of the units, the co-living aspect of the development and the lack of true public consultation from the developers.
“We’re going to have to live with this for years,” said Stedman.
“There are 120-year-old tiny red-brick houses that will be towered over by the apartment blocks.
“There are 70, 80, 90-year old women who will have to deal with the construction for the next five years.” 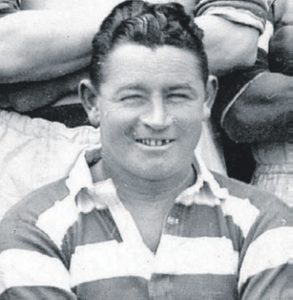 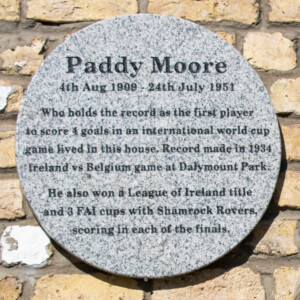 THe plaque outside the former home of the late Paddy Moore at Clonliffe Avenue, Ballybough 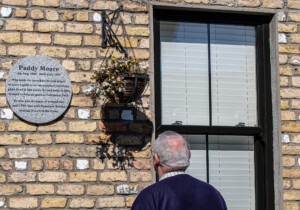 Meanwhile in our West edition, we covered the news that a plaque commemorating football legend Paddy Moore had been erected at his former home in Ballybough.
Ranked as one of the greatest Irish players of all time, he was undoubtedly also this country’s first superstar footballer.
Now his memory has been honoured on the wall of his family home ‘Meitheal’ on Clonliffe Avenue.
The plaque was unveiled on Saturday, April 26, which was the 90th anniversary of Ireland’s first international with Spain and also Paddy’s debut. He scored in a 1-1 draw.
Born in Dublin in 1909, he had a stellar career which saw him become the first player ever to score four goals in a World Cup match, win every honour in Irish club football, score the winning goal in the 1931 FAI Cup final and represent his country 9 times.
The club closest to his heart was Shamrock Rovers who he played for during four different spells spanning almost the entire 1930’s.
He also played in England, Wales and Scotland becoming a legend at Aberdeen where he equalled the club record for scoring a double hat trick in 1932.
Had he been born 80 years later he would have been a multi-millionaire and a back page tabloid star.
He would also probably be making the front pages because along with his spellbinding talent he was a larger-than-life cult hero who was much loved by the public and a man who struggled with an alcohol addiction that would tragically claim his life at the age of 41.