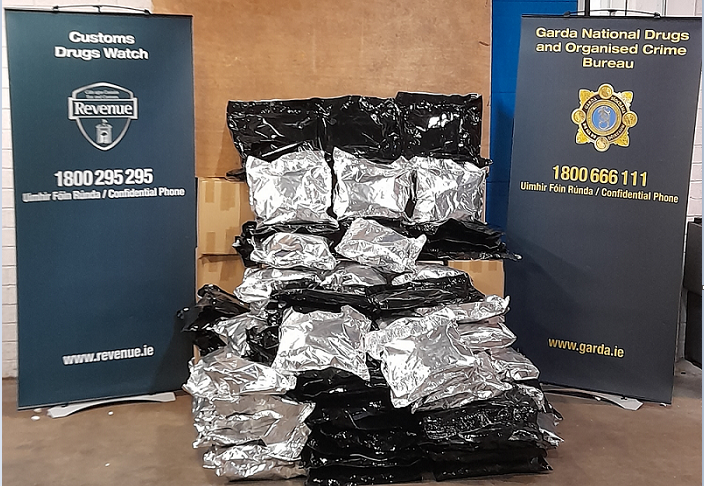 Yesterday as part of an intelligence led operation, Revenue officers seized 155 kgs of cannabis resin and 35 kgs of herbal cannabis with an estimated value of approximately €1.63m, when a vehicle was stopped and searched in the Clondalkin area.

The seizure was made as a result of a joint operation conducted by Revenue’s Customs Service and the Garda National Drugs & Organised Crime Bureau (GNDOCB).

A man in his 30’s was arrested by An Garda Síochána in connection with the seizure and is currently detained under Section 2 of the Criminal Justice (Drugs Trafficking) Act 1996 at Ronanstown Garda Station.

This operation was part of Revenue’s ongoing joint investigations targeting organised crime groups and the importation, sale and supply of illegal drugs.