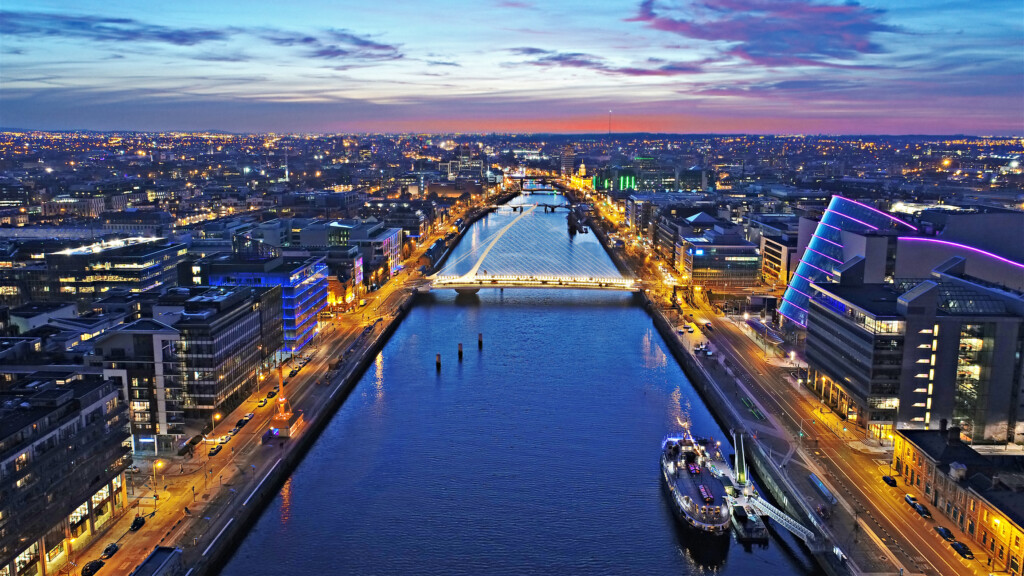 The first post-lockdown survey by Irish Business Against Litter shows Dublin North Inner City as the only area of 40 nationwide to be deemed a ‘litter blackspot’.

While Dun Laoghaire is in 5th position and Tallaght is now also clean, ‘littered’ Dublin City Centre has dropped to a lowly 36th.

Ballymun is also littered but has improved significantly over the past 12 months.

Although the majority of our towns have cleaned up over the past 12 months, litter in our main cities has worsened to levels not seen in ten years.

Portlaoise emerged as cleanest town. The study found no fall-off in PPE litter across the country.

The number of areas deemed clean by An Taisce, who carry out the survey on behalf of IBAL, rose from 17 to 23.

In all, 68% of towns showed an improvement on last year. Portlaoise, which was at the very foot of the table back in 2010, topped the rankings, ahead of Leixlip and past winner Ennis.

IBAL’s Conor Horgan commented: “With local authority cleaning schedules normalising again and volunteer groups re-engaged in clean-ups across the country, our towns are almost as clean as 2 years ago. This is still some way short of where they were in 2014, however.”

By contrast, the majority of urban areas fared worse than in 2020, among them Dublin, Cork and Limerick City Centres, which were all deemed ‘littered’.

All but one of the bottom 10 places in the rankings were occupied by urban areas. “For cities, this survey paints a bleak picture,” comments Conor Horgan.

“Litter levels have worsened to a level we have not seen in the past ten years. Now that we have emerged from lockdown, we cannot use it as an excuse for high levels of litter.

“As we invest in promotional drives and build city hotels in anticipation of more visitors, we need to be mindful of the littered environment we are presenting to them.”

For the first time since 2014, Dublin’s North Inner City was deemed a litter blackspot.

Of the 25 sites in the area surveyed, only 2 were found to be clean, and 17 were ‘heavily littered’ or worse.

Among these were the ESB site at Sheriff St Lr., Ossory Road, where “sacks of rubbish had been abandoned, along with piles and piles of accumulations of litter”, Aldborough Place, which was subject to dumping, the Canal Walk, where “heavy levels of food and alcohol related items had been discarded in the canal” and the Canal at Spencer Dock, where “bicycles, railings and industrial rubbish” were among the litter found.

“We had seen a gradual if unspectacular clean-up of the North Inner City over the past seven years, but recent surveys suggest this has unravelled. Nearby Ballymun has improved a lot in the past 24 months – why can’t the same happen in this area?”

The study showed a near-30% increase in the prevalence of PPE masks on our streets and an increase in alcohol-related litter such as cans and bottles.

IBAL was once again critical of the failure of local authorities to address sites which they have previously highlighted as heavily littered, especially in urban areas. Of the 103 such sites exposed last year, fewer than half have been cleaned up in 2021.

An Taisce comments on Dublin:

There was a notable deterioration in cleanliness in Dublin City Centre.

The top-rankings sites were not just good with regard to litter but overall presentation and maintenance e.g., Grafton Street, St. Stephens Green Park, O’Connell Street, Temple Bar and tourist attractions at St. Patrick’s Cathedral, Christchurch Cathedral and Dublin Castle.  However, at the other end of the spectrum there were many many sites which were not just littered but subject to dumping, neglect and abuse.  There was no improvement at a number of sites which scored very poorly in previous IBAL surveys e.g.  Werbergh Street Car Park, Loftus Lane, Miscellaneous site on Lamb Alley, Car Park at the corner of Mary’s Lane & St. Michan’s Street, Parnell Square West basements, a derelict site on Middle Abbey Street, Derelict Wasteground at Mount Brown (Kilmainham).  There was a marginal improvement at Henrietta Place, though it was still littered.

An excellent result for Dun Laoghaire with well over half of the sites surveyed getting the top litter grade and no seriously littered sites.  The People’s Park deserves a special mention as it is such a beautiful park environment which has been very lovingly tended and maintained.  Clearly a careful eye is kept on the closed down / vacant premises along George’s Street Upper as there was no litter directly associated with them.  Dun Laoghaire Harbour Ferry Terminal environs was spotless.  For a long number of years Brock’s Lane had been seriously littered – that was no longer the case this time around.

There has been a huge improvement in the overall presentation of Ballymun over the last year or so.  Perhaps, the demolition of Ballymun Town Centre has contributed to this? Substantial planter boxes presented very well and added a welcome splash of colour, particularly in built up areas.   The Lidl site was a brand new and attractively laid out environment, not just excellent with regard to litter but there was some lovely planting close to the entrance. A few of the sites just missed getting the top litter grade (Ballymun Road and Bring Bank at Taxi Rank).   Balbutcher Lane is still subject to the discarding of bags of rubbish at each of the entrances to the former Ballymun Towers.  An air of neglect prevailed at the residential area of Silogue Gardens but by far the most heavily littered site surveyed  was the small street level car park, beside the site of the former Ballymun Town Centre.

After disappointing results last year, a strong performance by Tallaght. There was a notable improvement recorded at a site which scored very poorly last year – Tallaght Courthouse Square Car Park – this time around it was very much deserving of the top litter grade.  The Bring Facility, Level 3, Tallaght Square was an exceptionally clean and tidy Bring Facility with bin units and associated signage in good order. Tallaght Village and High Street were both excellent sites – they were well presented and maintained.  Pedestrian access to Cheeverstown Road from Kilmartin Drive was still a poor site – not just subject to litter but there was the remnants of a burnt pile of cans and other miscellaneous items in the high weeds.

(North Inner City:) The lack of clean sites– only 2 out of 25 – was striking and helped make this among the worst results of any area since the establishment of the IBAL League 19 years ago. What’s more, nearly 70% of sites were heavily littered or worse, among them several that had been highlighted in previous surveys. Overall, the number of litter blackspots in the area has doubled year on year. Some of the very bad sites included Rutland Street Lower / Rutland Row, Sean O’Casey Avenue, Aldborough Place, Sheriff Street Lower (both the residential stretch and the stretch leading to Amiens Street), the Canal at Spencer Dock and the Canal at Charleville and Railway Street.  Great Clarence St and the Dock at Custom House IFSC were the only clean sites.