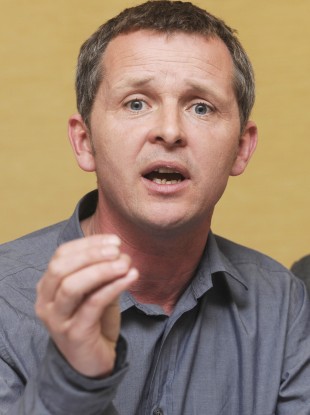 People Before Profit TD Richard Boyd Barrett says he is calling on the Minister for Foreign Affairs, Simon Coveney, to condemn Israeli police brutality and repression and Israeli settler provocations against Palestinians at the Al-Aqsa mosque and around the old city of Jerusalem.

“Minister Simon Coveney on behalf of the Irish government must urgently and strongly condemn Israeli settler provocation, the attempted evictions of 28 Palestinian families from the Sheikh Jarrah area of Jerusalem, and Israeli police brutality and repression in and around the Al-Aqsa mosque,” Deputy Boyd Barrett said.

“I will be calling this week in the Dáil for sanctions to be imposed on Israel following these latest and dangerous examples of Israeli aggression and brutality against the Palestinian people.

“Our government and the international community must urgently speak out against the provocative and illegal evictions of Palestinians by Israel.

“There must be condemnation and sanctions against Israel for what it is doing in Jerusalem or this situation will escalate in a dangerous way.”

The Palestinian Red Crescent Society say more than 305 Palestinian worshippers were injured and at least 228 taken to hospital following violence at the Al Aqsa mosque compound this morning.

A march by Israeli nationalists which was due to pass through Muslim areas of East Jerusalem’s Old City was rerouted over fears it could stoke unrest.

The Jerusalem Day event marks Israel’s capture of East Jerusalem in 1967, and usually sees hundreds of flag-waving Israelis make their way through the Muslim Quarter via Damascus Gate, chanting and singing patriotic songs.

It is regarded by many Palestinians as a deliberate provocation.

This year’s march is also taking place in the final days of the Islamic holy month of Ramadan.