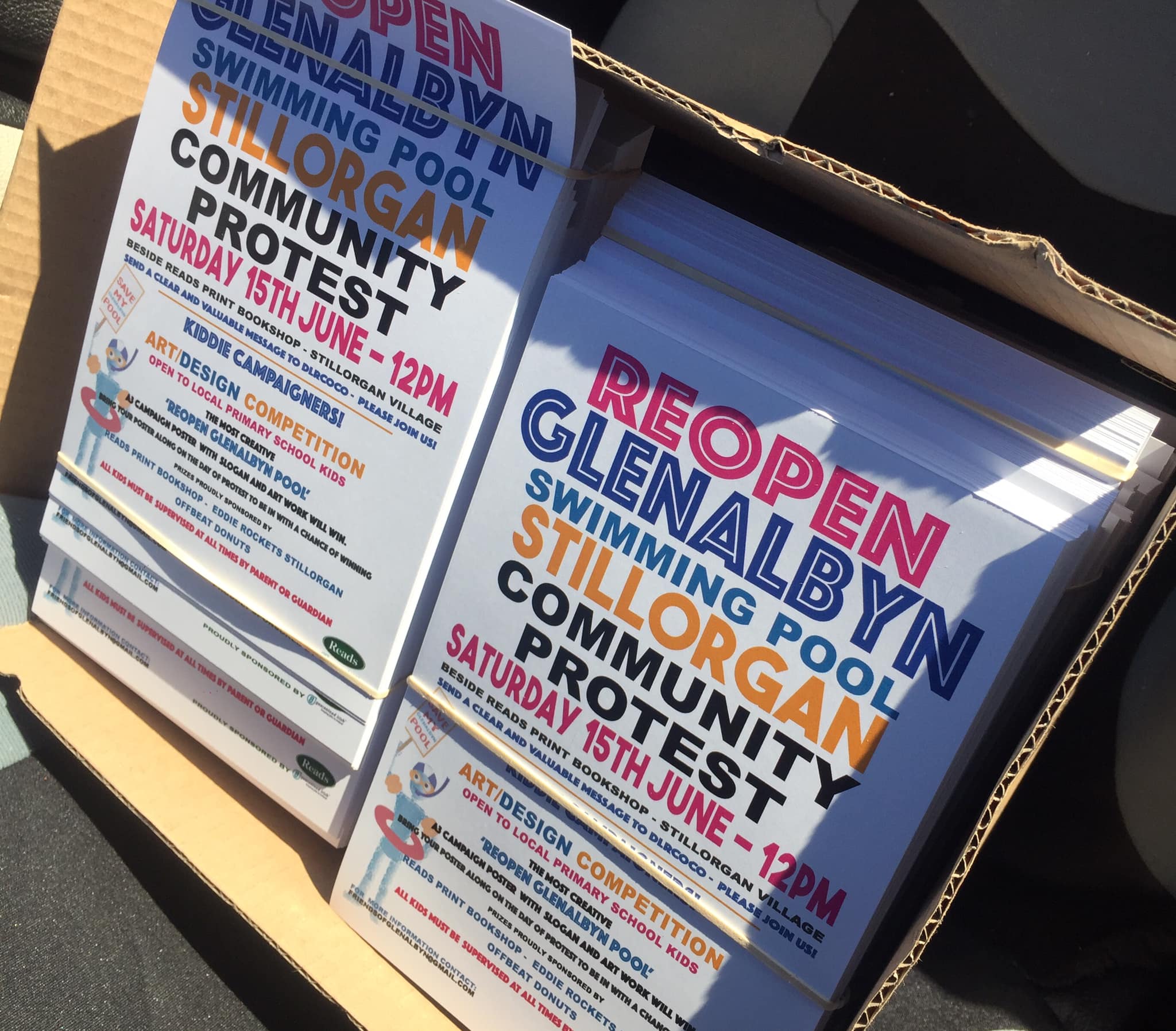 Minister for Sport Catherine Martin has been called on to publicly commit to the reopening of Glenalbyn Swimming Pool – eight years after it closed.

Sinn Fein representative for Stillorgan Gráinne Ferris says she has written to both Dún Laoghaire Rathdown County Council and Minister Martin in relation to the and lack of clarity regarding the poo’s closure.

Ferris has asked the council to publish the proposals it made to Kilmacud Crokes, which owns the land surrounding the pool and has asked Minister Martin to find the funds necessary to reopen the amenity

Speaking last week, Ferris said that the local residents who have been campaigning to reopen the pool for many years are baffled by the lack of progress.

“Glenalbyn Swimming Pool has been closed for eight years now but, despite commitments from many of our local politicians, the public remain in the dark about its potential reopening,” she said.

“We know that there has been several engagements between the council and Kilmacud Crokes GAA Club about the matter and we know, through social media, that the council made proposals to Crokes but the public have no idea what those proposals were.

“I am deeply concerned at the lack of openness and transparency that has been the hallmark of engagements and mediation since the pool closed abruptly in December 2013, with no prior warning for staff or pool users.

“The Glenalbyn Swimming Pool is a vital amenity both for Stillorgan and for the wider Dún Laoghaire Rathdown community.

“I have this week written to Tom McHugh, chief executive of Dún Laoghaire Rathdown County Council, and asked him to immediately publish the proposals that the council made to Kilmacud Crokes in relation to Glenalbyn.

“I have also written to Minister Catherine Martin, a local TD for this constituency, and urged her to comment on the lack of transparency on this matter, her own commitment to the pool and if resources from her department are available for the reopening of the pool.

“It is not good enough that the public are being kept in the dark on this matter.

“The proposals from the council should be published immediately.”

Friends of Glenalbyn, a local campaign group, plans on presenting a petition to the local authority and chief executive to highlight the support its cause.

It is understood the petition has amassed over 1,200 signatures.

Dublin-Rathdown TD and Minister for Special Education and Inclusion Josepha Madigan told a group member in an email that “unfortunately, the solution to this is not through political action – but rather through a number of legalities that will require the council and club to work together.”

In a statement made by Kilmacud Crokes, the club said that: “That project has been outlined by DLRCC as having a very severe impact on our site and consequently on the community’s and our members’ ability to access facilities on site during a significant construction period.

“These are challenging proposals against a background of the desperate need of the club to optimise our existing facilities and access additional playing facilities in a manner other than the current model of huge annual pitch rental costs as a result of the need to hire from commercial operators to supplement our own three pitches.”