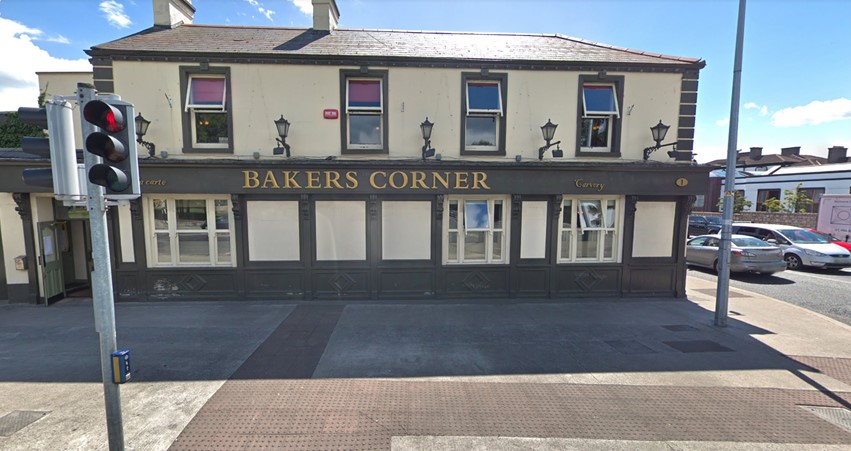 The landmark Dublin pub in Deansgrange, Baker’s Corner is facing demolition as part of plans for the development of a large new student accommodation complex.

Property company, Baker Forge Properties, has submitted an application to develop a 276-bed spaces development on the site of the pub under the fast-track planning process for Strategic Housing Developments (SHD).

Under the SHD legislation, developments that exceed 100 units or propose the construction of student accommodation can skip local authorities and be filed directly with An Bord Pleanála.

The plans show that the developers also propose on building a replacement pub, but it will be less than a quarter of the size of the existing Baker’s Corner and off-licence.

The estimated €15 million development would consist of of two blocks up to six storeys in height, and contain a canteen, cinema room, gym and communal areas as well as two shops and a new public square.

Baker Forge Properties said the proposed development was designed to create a “new landmark” building at the Baker’s Corner junction.

The site is located only a short distance away from the Institute of Art, Design and Technology (IADT) campus on Kill Avenue in Dún Laoghaire.

“The proposed development of 276 no. bed spaces is considered to be appropriately sited, catering to third level institutions located south of Dublin City Centre.

“The Dún Laoghaire-Rathdown County Development Plan 2016-2022 recognises “that demand for student accommodation in the county is significant and has to be addressed.”

“Due to this demand and given the growth in the numbers of third level students in recent years, along with the competitive rental market in Dublin, there is an identified demand for specific residential accommodation to cater for students,” it said.

The report was drafted by Brock McClure, a planning and development consultant firm.

In 2018, Baker’s Corner pub was purchased by the Loyola Group for €5 million.

The group owns a number of pubs around Dublin including the Lep Inn (formerly the Leopardstown Inn), the Landmark on Wexford Street as well as The Bath Pub and The Old Spot in Sandymount.

The company acknowledged that its plans for the Baker’s Corner site represent a material contravention of the existing county development plan on grounds of building height and in relation to Part V provisions for social and affordable housing.

However, it said such a contravention could be justified on the basis of the development being of “strategic importance” in the provision of student accommodation given its proximity and accessibility to existing third level institutions and public transport connections.