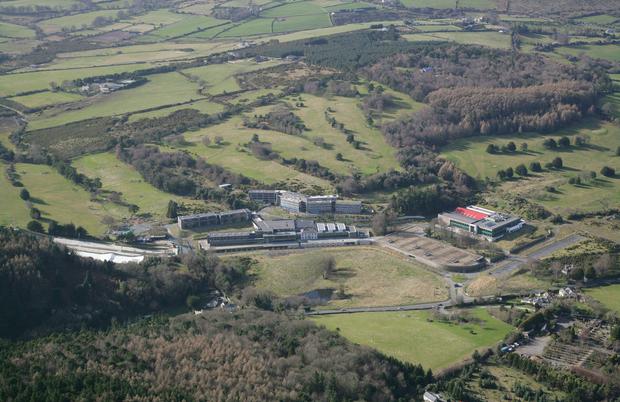 BILLIONAIRE property developer Luke Comer has suffered a setback in his plans to build an equine centre of excellence in Kilternan.

Dun Laoghaire-Rathdown County Council have decided to refuse his application to extend the duration of planning permission for the planned centre near the Kilternan Hotel.

Comer wanted to build a centre of excellence for equine breeding and training on a site to the rear of and adjacent to Kilternan Hotel, Aparthotel and Sports Complex, incorporating part of the former Kilternan golf course and adjacent agricultural lands.

Comer received planning permission from An Bord Pleanála in 2016 to build the equine centre but that permission ceases to have effect this year.

Because of this, Comer, Nijinsky Property Company and agent Rocktop Consulting applied to the local authority to have the planning permission extended for 48 months, with an expected completion date in August 2025.

According to the planning application filed, development work on the centre began last December but was subsequently delayed by Covid-19.

However, the council weren’t convinced any ‘substantial works’ were carried out.

In his report, the inspector said:

“Having regard to the nature and extent of development permitted and to the quantum of development constructed, the Planning Authority does not consider that substantial works were carried out pursuant to the permission during the period of the permission or that there were considerations of a commercial, economic or technical nature beyond the control of the applicant which substantially militated against either the commencement of development or the carrying out of substantial works pursuant to the planning permission and therefore the proposed development does not satisfy the requirements of Section 42 (1) (a) (i) or (ii) of the Planning and Development Act 2000 (as amended).”

Dun Laoghaire-Rathdown County Council decided to refuse an extension of duration of permission.

Comer bought the 300-acre property, which included the ill-fated Kilternan Hotel, for €7 million in 2014.

The price was an astonishing 96% cheaper than the reported €171.5 million that was spent on the property by its previous owners.

Last year one of Luke Comer’s horses, ‘He Knows No Fear’, became the longest-priced winner on record ever in Ireland and the UK when it won at odds of 300/1 at Leopardstown.

Comer Group Ireland, which is owned by Luke Comer and his brother Brian, owns over 2,000 units in Dublin alone.

Luke Comer did not respond to a request for comment from Southside People.