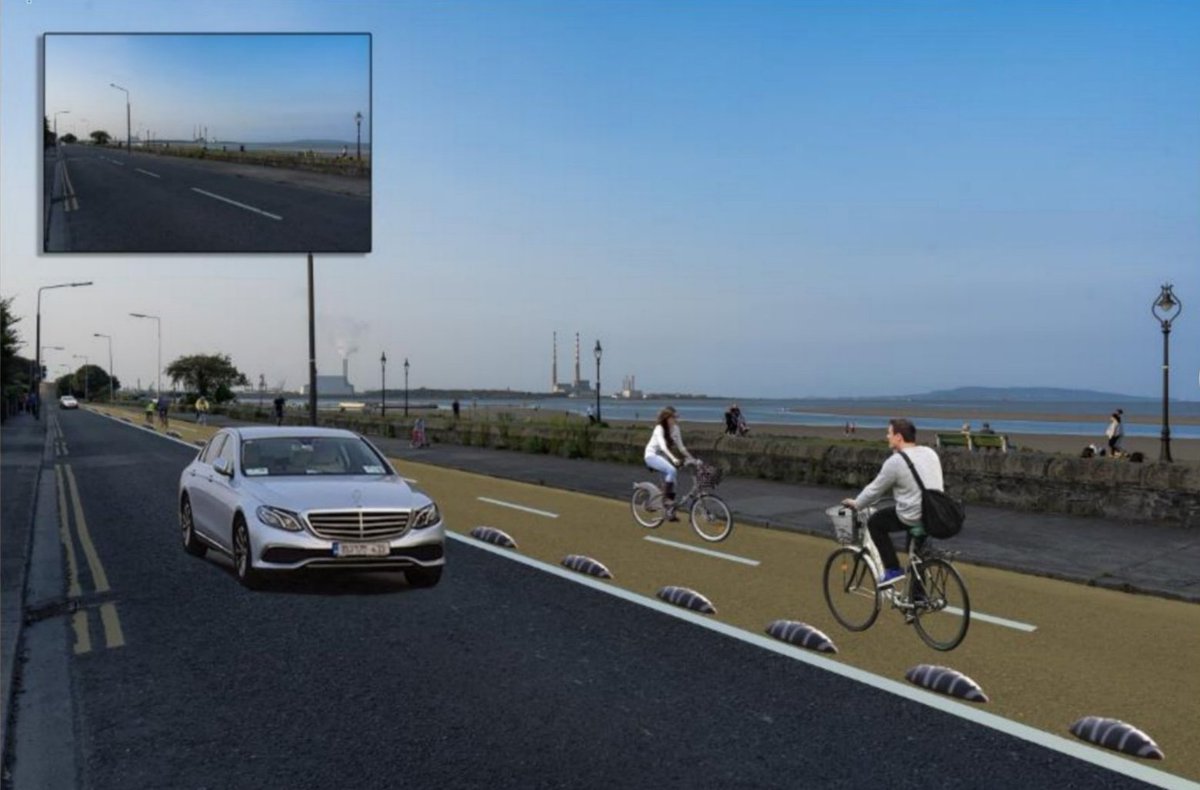 The High Court has today decided not to allow a six-month trial of a new cycle path on Strand Road, Sandymount.

The council had argued it did not need to submit the Strand Road plan to An Bord Pleanála and could undertake the work needed using its own traffic-calming powers.

Mr Justice Charles Meenan determined that exemption did not apply because the project required an Environmental Impact Assessment (EIA).

In his judgement delivered today he said for the proposed cycleway to proceed it will have to go through the planning process.

Installation of the route was due to be done in sections, and it was envisaged that the entire cycle route would have been open to the public by the end of last March.

The six month trial of the system, which was due to start at the end of last year, was delayed until February, and then until March, following the commencement of High Court proceedings.

Speaking following the decision, Cllr. Chu said: “I’m deeply disappointed at today’s decision to stop plans for this cycle route from going ahead. “Now more than ever, we have an obligation to be bold if we are to face down climate change.

“The importance of providing safe, sustainable transport and a vision for Dublin where people of all ages and abilities choose to cycle as part of their everyday life cannot be underestimated.

“This cycle path had the opportunity to enable thousands of people to choose cycling as their primary mode of transport for commuting, getting to school and college, getting into town, or simply going to the beach or visiting Dublin Bay’s many coastal attractions.

“It would have been an overdue improvement on the current, very dangerous situation for people cycling on this stretch which is highly off-putting in its current form, particularly to those who are contemplating cycling, families with children, older people, people with disabilities, and novice cyclists.

“Only last week we had a near fatal collision of a cyclist by a motorist in the constituency area, if we do not provide for safe cycle routes, tragedies like these will continue to occur. We need to act now. I will continue to work with our council transport section and other authorities to build for a better, safer and more sustainable future for all.”

Kevin Baker, chairperson of Dublin Cycling Campaign, has also reacted to the judgement.

“We’re bitterly disappointed by this outcome,” he said.

“It’s a lost opportunity to trial an amenity which could have enabled people of all ages and abilities to safely and comfortably cycle along the seafront on Strand Road.

“We’ve seen a similar amenity in neighbouring Dun Laoghaire, the Coastal Mobility Route, become an overwhelming success over the past year.

“It has enabled more people to cycle but it has also reinvigorated the coastal communities through which it passes, including Blackrock, Dun Laoghaire and Sandycove.”