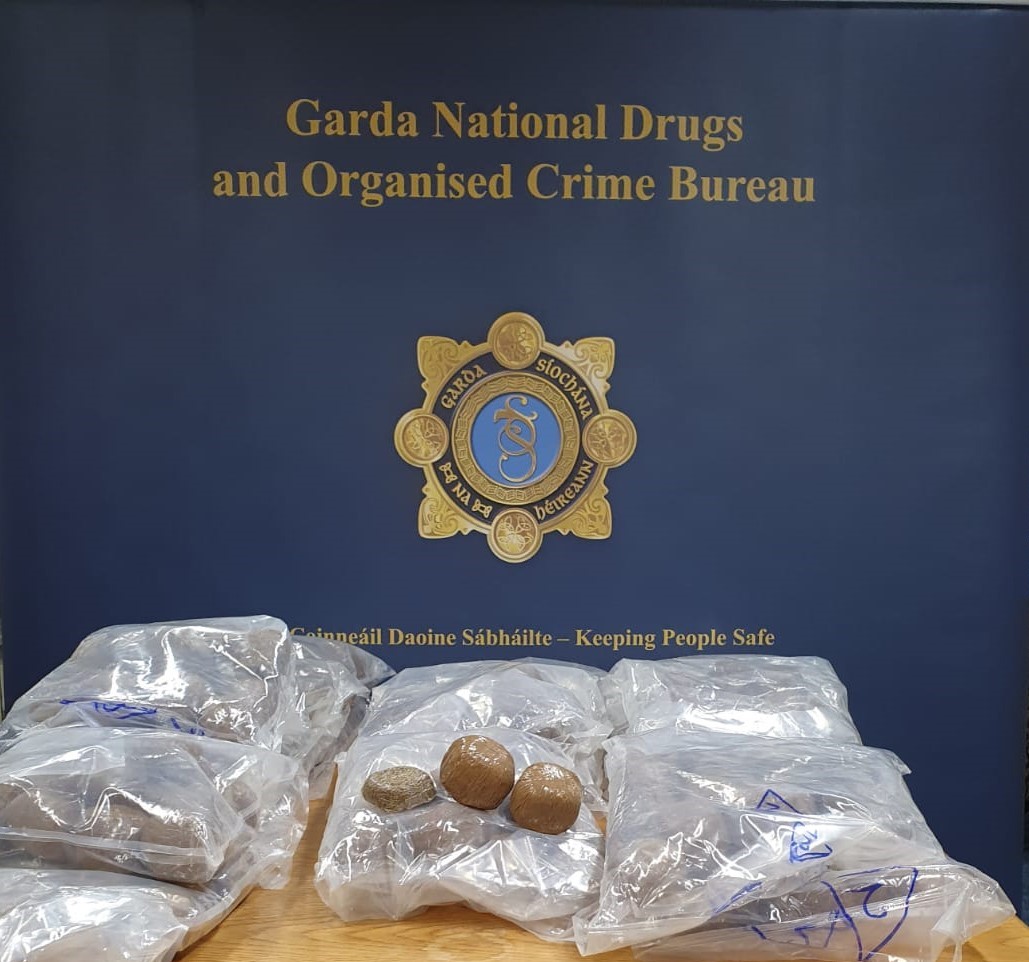 Gardai seized approximately €348,000 of cannabis in a search of a premises in the Dublin 2 area yesterday.

In a statement, a Garda spokesperson said: “As part of the ongoing investigation targeting serious organised criminal activity involving the sale and supply of Controlled Drugs in the Dublin Metropolitan Region, Gardaí have seized approximately €348,000 of suspected Cannabis in the Dublin 2 area, 2nd November 2021.

“Personnel attached to the Special Crime Task Force and the Garda National Drugs & Organised Crime Bureau (GNDOCB), intercepted a vehicle and searched an address in the Dublin 2 area of South Dublin.

“In the course of the operation, fifty eight kilogrammes of Cannabis with an estimated street sale value of €348,000 was seized.

“Two males, aged in their 20s and 30s have been arrested and are currently detained pursuant to the provisions of Section 2 of the Criminal Justice (Drug Trafficking) Act 1996, at Store Street Garda Station.”