The children’s-only hostel was for teenagers who were homeless, out of placement or were unable to return to their families.

It could sleep up to seven people each night with around 100 minors using the facility in recent years.

Children could stay at the facility overnight but had to leave in the morning – they could then return at 5pm that evening if they needed shelter for that night.

Late in 2019 The Salvation Army informed staff and TUSLA that it intended on closing the facility but did not clarify why it had came to the decision. 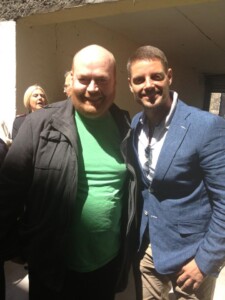 Independent councillor Francis Timmons, who helped establish the service more than 20 years ago, said he was disappointed to learn it had been shut but angry to see it boarded up while the needs are great.

“Lefroy House was once a homeless hub that provided respite for high-risk young people in need of emergency accommodation, no one can tell me in the middle of an horrendous homeless and housing crisis that its acceptable to have this building empty and boarded up in the middle of our capital city.

“The Government provided and invested significant funds over a number of years to provide the service, something needs to be done asap to bring it back into housing use either emergency or long-term housing.

“I feel very sad and annoyed that this service I set up in 1999 shut this year, I wasn’t given a satisfactory response as to why this has happened, but I take some comfort in knowing that the service was a lifeline to some of the most vulnerable young people I ever met.

“It gave them a place when many services would not deal with them.

“I think it’s appalling, regrettable and a travesty that a vital service like this has been allowed shut and the building is allowed sit there boarded up.

“All over Ireland we are seeing sleeping bags and tents and over many years heard committeemen’s to end homelessness and so far these have failed.

“As a nation we should be very angry that we have any homeless but also we should be angry about boarded up facilities like this and derelict sites.

“This is a five floor building in the heart of Dublin City and based near to O’Connell street and public Transport.