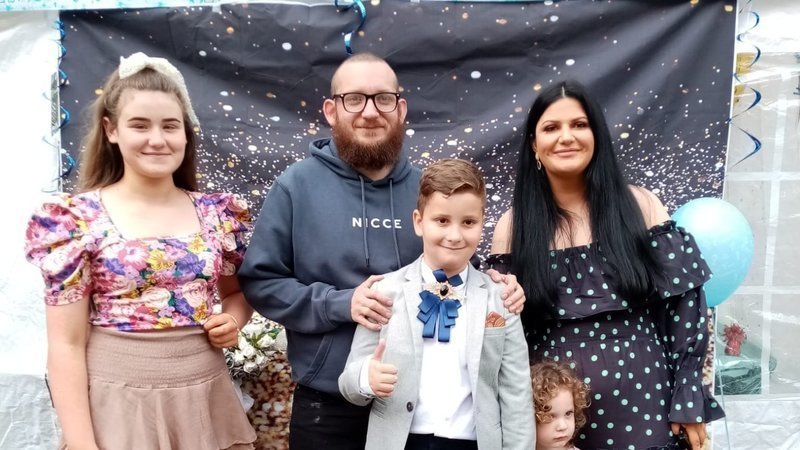 A Dublin family are pleading with Dublin City Council to relocate them in an attempt to help their son who suffers from a serious mental health condition.

However, their eight-year-old son, Jackson suffers with Emotion and Behaviour Disturbance (EBD) a mental health condition that severely impact their everyday lives.

Carey says that Jackson and the family have been dealing with ailment since his birth.

“We have been trying to get our son help since he was only a few months old as we noticed very early on that Jackson was different to other children.

“We have not stopped the last 8 years with multiple counselling sessions, therapies, psychologists, doctors and more.

“He was diagnosed last year with EBD, emotional and behaviour disturbance.

“Our current accommodation although we have tried to make it as comfortable for our family to live in, is just not suitable for the type of condition Jackson suffers with.”

Carey says that Jackson can suffer from bouts of extreme mood swings, physical violence towards himself and his family and depression.

“Jackson needs open space and a larger accommodation to be able to regulate and control his anger, extreme mood swings and uncontrollable physical episodes, in a safe and secure manner,” he says.

“These issues happen daily no matter if we are at home or out as a family.

“He is also very physical towards us and his siblings and is very psychologically abusive.

“We are looking for a transfer to a more appropriate location, which is safe and secure and is conducive with our treatment and management of his condition.”

Carey says the family has applied to Dublin City Council for a transfer to a more suitable accommodation on number of occasions, only to be rejected at every attempt.

“We have been applying to get onto the medical or social priority list the past three and a half years due to our son’s condition.

“So far we have not been accepted onto either lists after five attempts.

“We have given Dublin City Council the relevant and necessary letters that they require but we are being told we are not giving enough reason as to why our current home is not suitable.

“We obviously completely disagree with this as we have given them sufficient evidence and reason that our son will significantly benefit from a more safe and secure home with a back garden where he can be free to play and regulate and control his anger issues,” he says.

In an effort to garner support for their case, Carey and Orr have set up on an online petition that at the time of writing has amassed over 700 signatures.

“We have tried several times to apply for a priority transfer but to date have not succeeded.

“We are asking for as much support as possible to help us in this endeavour.

“The more recognition we get the better chance we have of the petition been seen by someone who would be able to take our case further than we can.”

Jackson’s family says that he has a support system around him that loves and takes care of him, but there is only so much they can do.

“He is going into third class this year.

“The school have done great work with Jackson since he started junior infants four years ago.

“They do great work with children with all different special needs.

“We went through a tough time with Jackson in school but through nonstop efforts from ourselves and the school they got Jackson on a good path in school.

“This is all done by constantly monitoring and working to keep him on the right track and making sure he doesn’t slip.

“We get a lot of help off family and friends in which we are very greatful but it is so mentally and physical tiring having to constantly bring your child out all the time just for him to get a break from where we live and for him to get some sort of release from his mental torture.

“We want to be able to have our own home in where we can look after him in the way we know we can because we cannot rely on other people all the time and we also have two other children to look after.”

The family says that they have come to “the realisation that there is no cure for what Jackson has, there is just different ways to manage and control his condition.

“But our ability to do this is virtually impossible as long as we remain in our current home.

“We are in an endless cycle of stress, worry, anxiety and depression that comes with having a child with a mental health illness.

“Every child deserves the best chance in life, and we are doing all we can do give him that chance.”