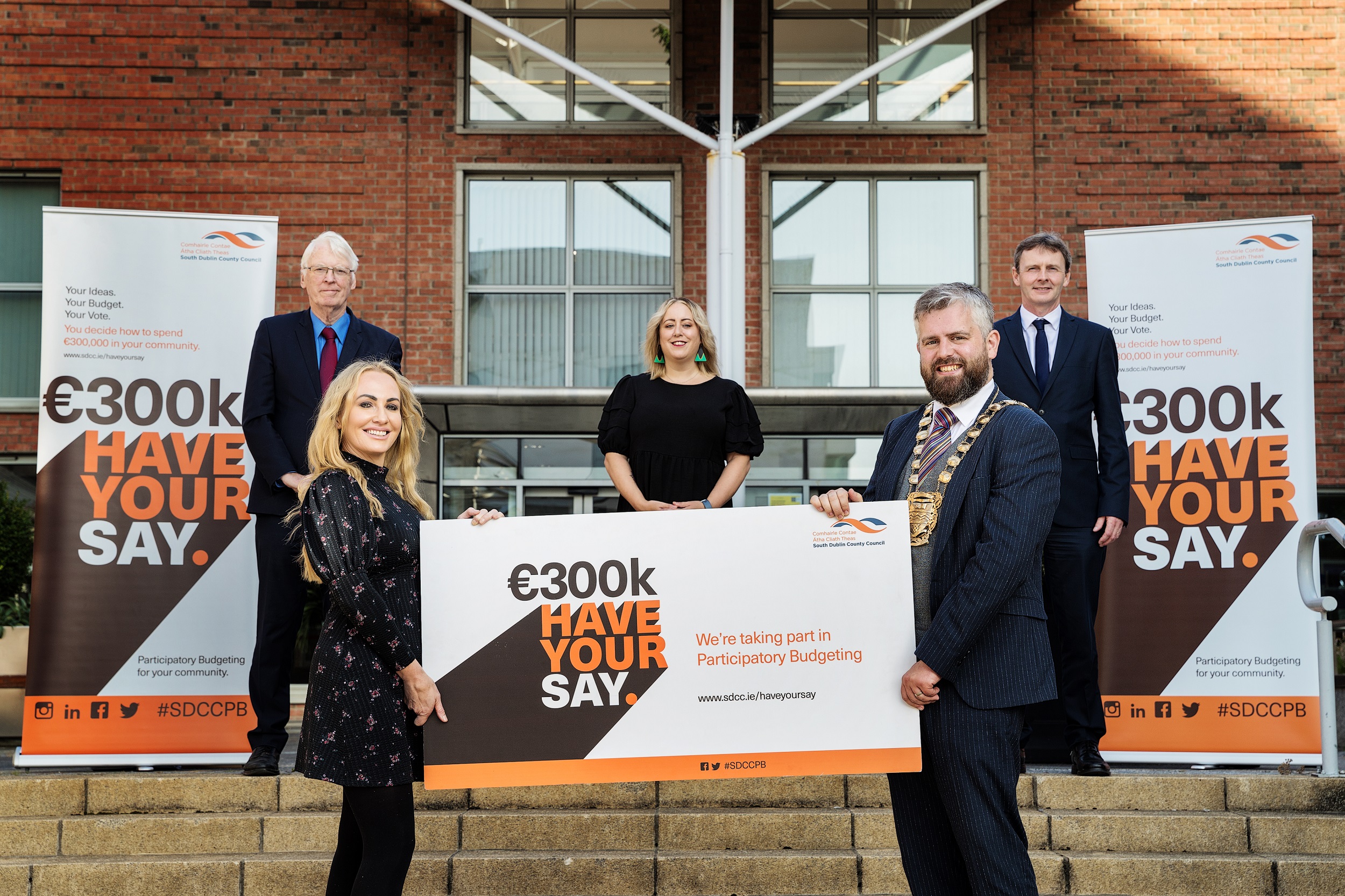 Submissions are now open on the Council’s €300k Have Your Say website and will remain open until the close of business (6.00 pm) on Friday, October 8.

€300k Have Your Say is a participatory budgeting initiative that has been run by South Dublin County Council since 2017.

€300k Have Your Say provides residents with the opportunity to develop project ideas for their local area and then vote on shortlisted proposals to fund winning projects up to the value of €300,000.

During September, three online workshops have been arranged for the Tallaght Central electoral area to facilitate the generation of projects. An external facilitator will coordinate these meetings to help bring out your ideas.

All members of the community are encouraged to attend as there are no restrictions on who can submit ideas and vote. You can find more information and how to sign up for a workshop on the Council’s website.

Participatory budgeting is an innovative democratic process that began in Brazil in 1989 which facilitates citizens in a local community to decide how to spend a portion of a public budget in their area.

It gives people direct power to determine spending priorities and to improve their community. South Dublin County Council were the first local authority in the country to introduce participatory budgeting to their area when the Council launched €300k Have Your Say in 2017.

To date, over 8,000 people have cast their vote in €300k Have Your Say to fund a project, or projects, of their choice.

477 project ideas have been submitted to the Council for consideration with 60 being put forward to the public vote and 28 being funded. Previous iterations of €300k Have Your Say has seen a new playground built in Waterstown Park, the restoration of King John’s Bridge in Griffeen Park, native apple trees planted throughout Clondalkin and the launch of a heritage trail app.

South Dublin County Council has previously won a Chambers Ireland award in Citizen Engagement for the initiative and been shortlisted for a European Innovation in Politics award in the ‘Democracy’ category.

Speaking at the launch today, Mayor Kavanagh said, “I am proud to be able to launch €300k Have Your Say for Tallaght Central today. This initiative is about enabling people in the area to have a greater voice on local priorities that matter most to them. We want to give you the opportunity to send us your ideas and to then vote on what you want to see brought to Tallaght Central. €300k Have Your Say is entirely in your hands. Get involved, go to a workshop or simply get in touch with your project idea!”

Councillor Teresa Costello, current Chair of the Tallaght Central electoral area committee, said, “This is a fantastic opportunity for the people of Tallaght Central to have their say in how this extra funding can be used to benefit our communities. I encourage everyone to log on to the €300k Have Your Say website and send us their ideas for Tallaght Central. I can’t wait to see them.”