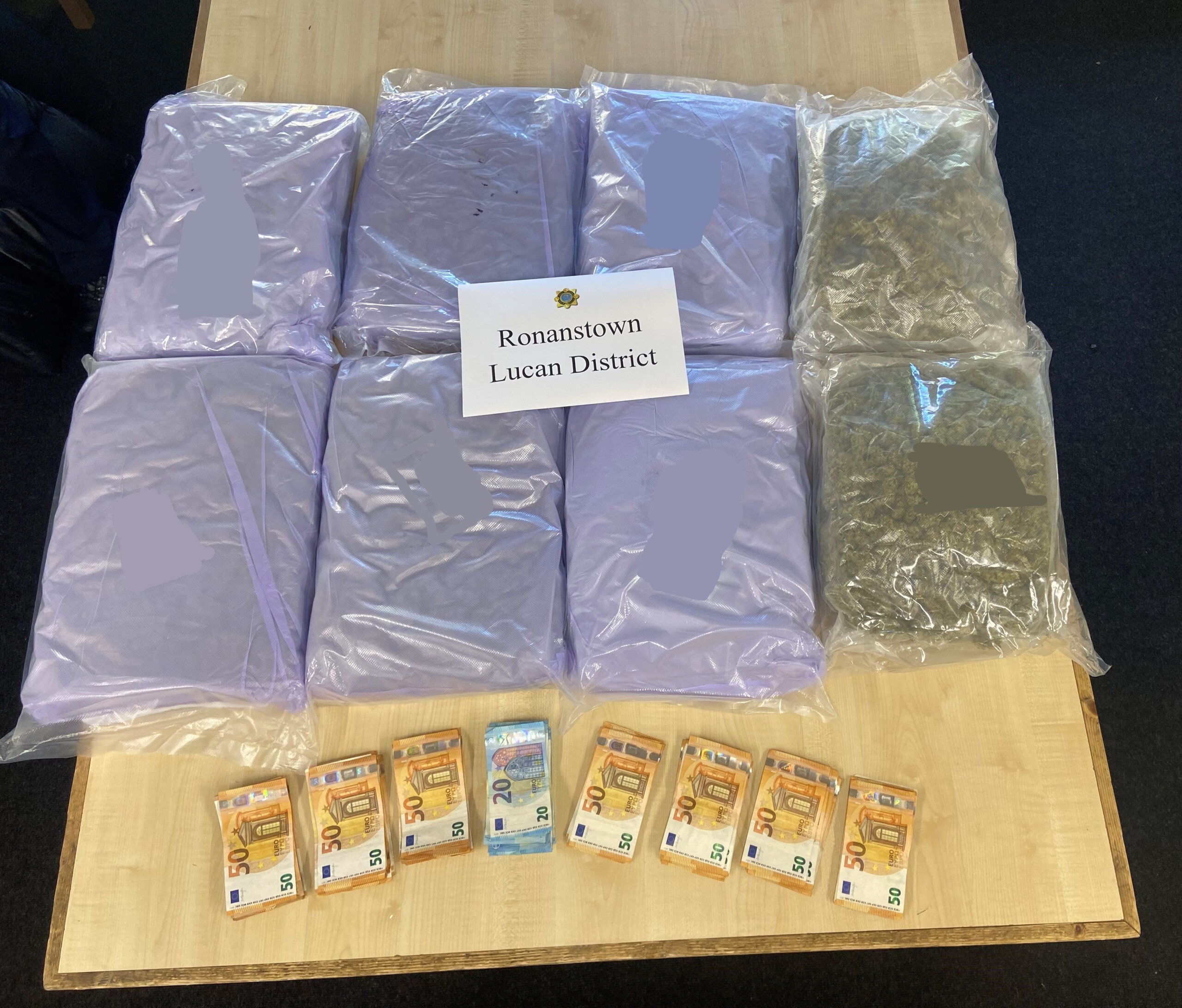 Gardaí arrested a man and seized €166,900 in suspected cannabis herb, and €8,000 in cash following searches in the Lucan area last Saturday.

“Gardaí on patrol in Lucan stopped a vehicle at approximately 9.15am.

“A rucksack was found which revealed cannabis herb estimated to be worth €6,900, €4,000 in cash and drug paraphernalia.

“A follow up search was carried out under warrant at a nearby residence pursuant to Section 26 of the Misuse of Drugs Act 1977/84.

“The drugs seized will now be sent for further analysis.

“A man, aged in his 20s, was arrested in connection with the search and he was taken to Ronanstown Garda Station where he is currently detained under Section 4 of the Criminal Justice Act 1984.