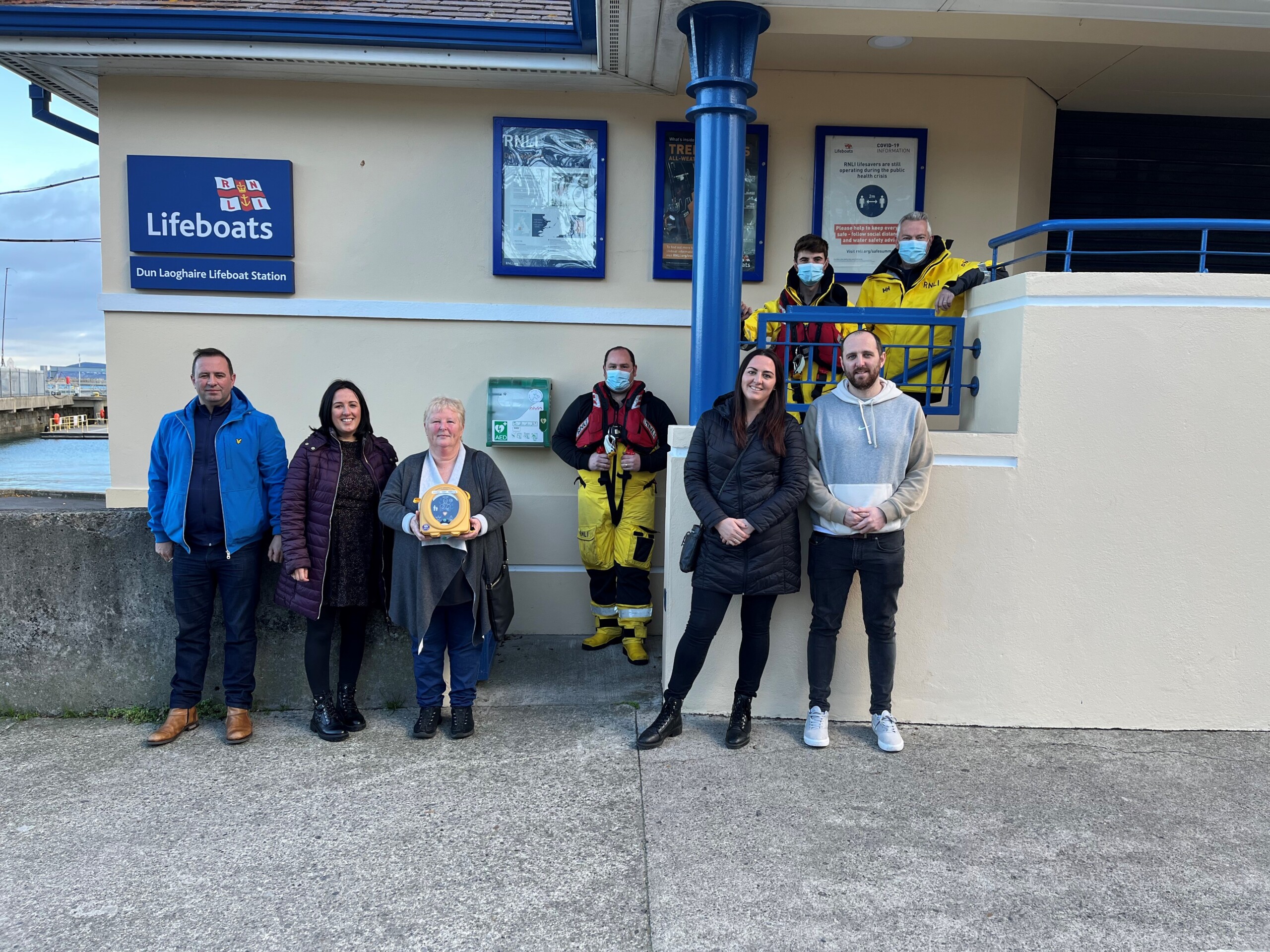 The Dun Laoghaire RNLI shop will be the new location of a community defibrillator, donated by the family of Larry Costello, who died following a cardiac arrest in 2016.

The family have funded six defibrillators which are located around the local area.

Dun Laoghaire RNLI is a fitting final location, the family says, as volunteer lifeboat crewmember Gary Hayes has helped the family with the project, through his role with the Dalkey Community First Responders Group and as a RNLI crewmember.

“In funding the defibrillators, the family wanted the community to have access to them in busy public areas and in doing so, to take away the fear that people have in using them,” the RNLI says.

“The Dalkey Community First Responders will undertake the upkeep and maintenance of the defibrillators and this one will remain charged by the RNLI’s electricity supply for the shop, which is located behind the lifeboat station.

“Larry was born and raised in Dun Laoghaire and raised his family with wife Audrey in Glasthule.

“A much-loved member of the community, Larry worked in Blackrock Park and coached a local football team in Presentation College.

“When he died of a cardiac arrest, his family wanted to do something in his memory that could help another family in a similar situation.

“With the support of their friends and the people Larry coached and helped during his life, the family raised €14,000 and bought six defibrillators.

“Larry’s family recent visited the lifeboat station to officially unveil the final defibrillator along with some members of Dun Laoghaire RNLI, including lifeboat crewmember Gary Hayes, who the family credits with helping them put their plan into action.”

Larry’s wife Audrey visited with their four children, Graham, Jennifer, Emma and Ian, along with in-laws and grandchildren.

“We never thought we would raise enough to fund six of these and it’s all thanks to our friends and neighbours in our local community and beyond.

“Larry was so well-loved, and I think people wanted to show that.

“We are so grateful for their generosity.

“Thank you too to Gary Hayes from Dun Laoghaire RNLI and Dalkey Community First Responders who helped us with this endeavour and suggested the station for the final defibrillator.

“It is a very fitting location.”

Dun Laoghaire RNLI volunteer lifeboat crewmember Gary Hayes added: “We are delighted to have the RNLI be home to one of Larry’s defibrillators.

“While the lifeboat crew are here to save lives at sea, we are happy to have a lifesaving piece of equipment on land too, at the wall of our retail shop and available for any member of the public to use should they need it.

“There is no training necessary, and the instructions are clear and easy to follow. Well done to the family and friends of Larry for this fantastic gift to the community.

“The family have asked that if anyone would like to donate to the upkeep and maintenance of the defibrillators, they contact the Dalkey Community First Responders.”