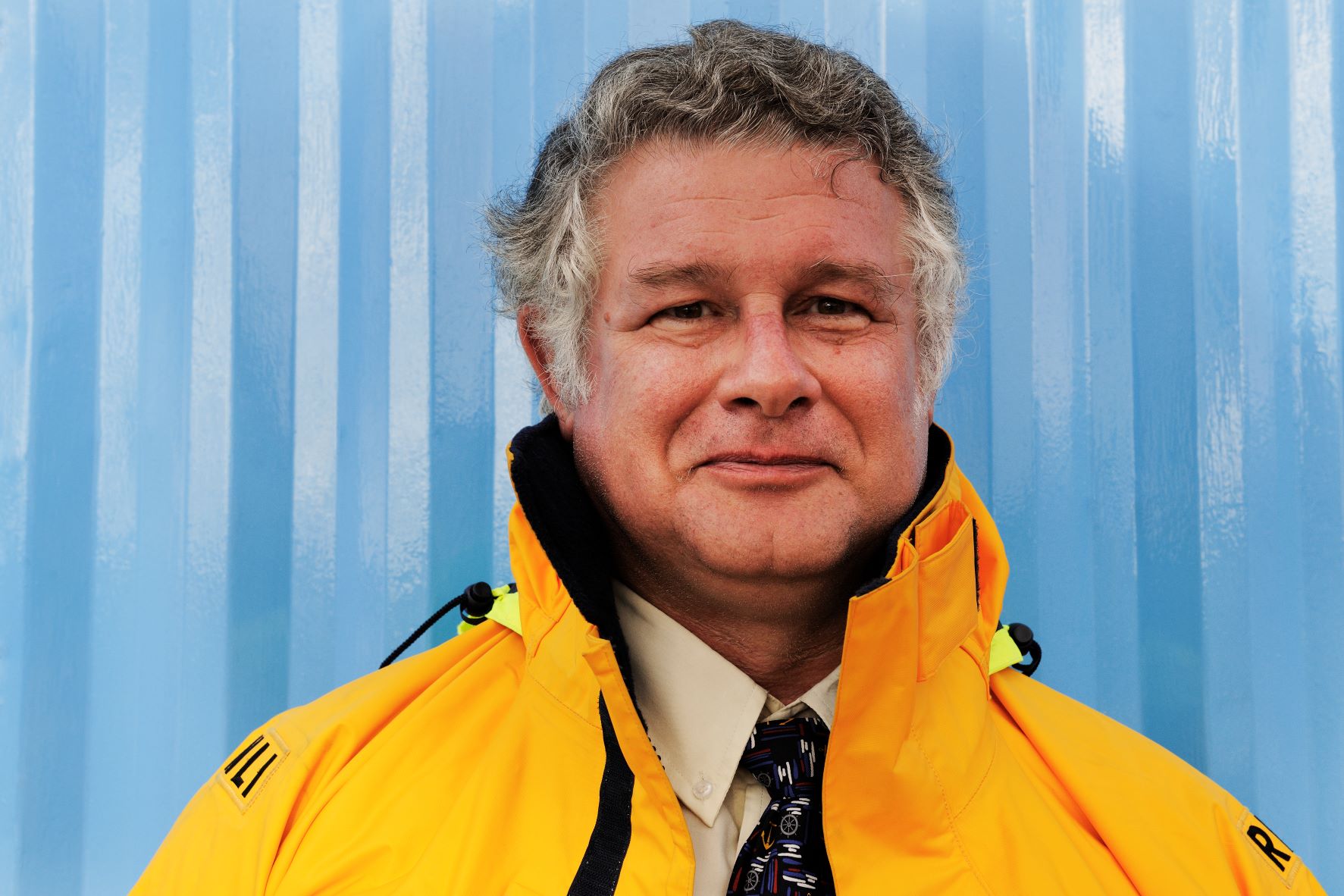 Fifty-one years to the day after he was rescued from a capsized dinghy and inspired to join a lifeboat crew, Stephen Wynne is retiring as Dun Laoghaire RNLI’s Lifeboat Operations Manager, a position he has held for over three decades.

Stephen will however, continue to volunteer for the lifeboat station as Deputy Launching Authority.

Recalling his own rescue by the RNLI on the 10 September 1970, Stephen said it was fitting that he chose the anniversary that inspired him to get involved with the charity as the day he would hand over the reins:

‘I was rescued from a capsized dinghy outside Dun Laoghaire by the then Coxswain, the late Eric Offer and his crew on the Waveney class lifeboat which was the first class of lifeboats operated by the RNLI capable of operating at speeds in excess of 10 knots. While I was too young to join at the time, I made a decision then when I came out of hospital that when I met the age eligibility, I was going to become a volunteer crew member.’

True to his word, Stephen joined the RNLI lifeboat community in 1975 and became a crew member in 1977. He later became a Deputy Launching Authority in 1987 and became Honorary Secretary, a position known now as Lifeboat Operations Manager, in 1990.

For the last 31 years in this role, Stephen has been responsible for managing all operational activities, authorising the launch of both the all-weather and inshore lifeboats and the day-to-day management of the station.

It is a position he has relished and one which he will miss: ‘Volunteers have always been at the heart of the RNLI and essential in saving lives at sea. It has been an honour and a privilege to serve first as a crew member, then as Deputy Launching Authority and later Lifeboat Operations Manager. My contribution over the years however, has been part of a wider team effort and I want to thank the dedicated team around me in Dun Laoghaire for all that they do – the lifeboat crew, shore crew, station officers, management and fundraisers. I also want to thank the many members of the public who always give their support so generously and donate what they can to power Dun Laoghaire RNLI’s lifesaving work.’

Peter Harty, RNLI Area Lifesaving Manager, paid tribute to Stephen: ‘Stephen is the epitome of an RNLI volunteer. Utterly dedicated to saving lives at sea, he has lived the RNLI’s core values of selflessness, dependability, trustworthiness and courage in all that he does. He joined the lifeboat community at Dun Laoghaire in 1975, after he was rescued at sea.  During this time, he has provided outstanding leadership and support to operational lifesavers.  We are delighted that Stephen is not lost to us as he will be remaining with Dun Laoghaire RNLI as a Deputy Launching Authority.’

Ed Totterdell, also a Deputy Launching Authority, will take up the role as the new Lifeboat Operations Manager.