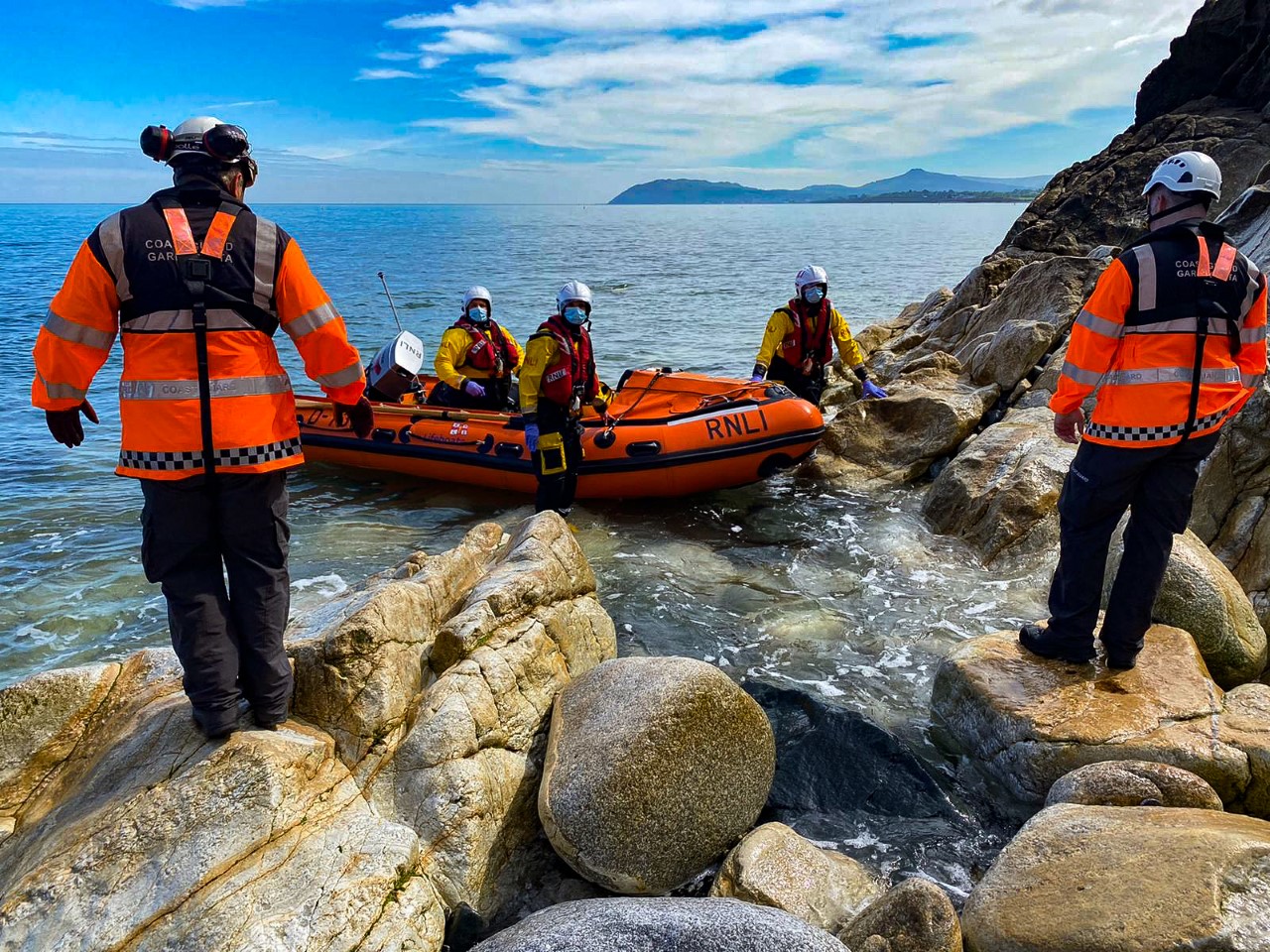 A volunteer crew of three assisted a person on Saturday evening with a suspected broken leg near Whiterock beach in Killiney.

The inshore lifeboat was launched immediately at 3.33pm and made its way to the scene arriving at 3.45pm.

Weather conditions at the time were described as good with a calm sea, light wind, and very good visibility.

On arrival, the lifeboat crew quickly assessed the situation and with help from Dun Laoghaire Irish Coast Guard Unit and the National Ambulance Service the casualty was quickly transferred onboard the lifeboat accompanied by the paramedic who was on the scene.

The casualty was then transferred to land at nearby Colliemore Harbour.

Speaking following the call out, Gary Hayes, Dun Laoghaire RNLI Lifeboat Helm at the time said: “The teamwork within our volunteer crew and the agencies on scene was amazing and has been all weekend. It has been a very busy few days along the Dublin coast with our lifeboat crew having had five call outs in 48 hours.

“I would like to remind everyone to never underestimate conditions along our coast even with the nice weather passing through. When you head to the coast always try to have a plan in place that ensures you can access help if you need it.