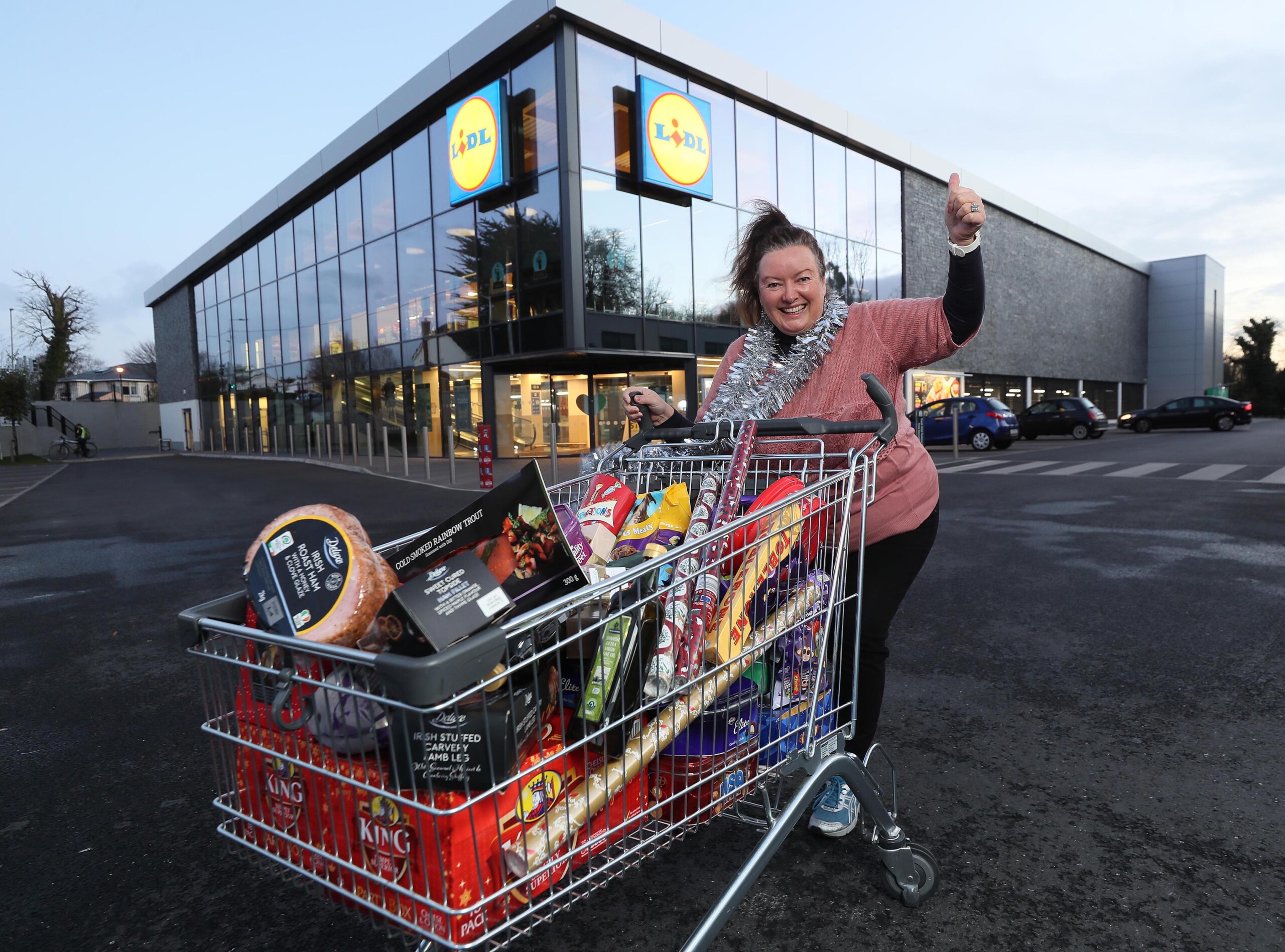 Lidl Ireland say they are delighted to announce that their annual festive fundraiser Trolley Dash has raised over €280,000 in support of charity partner JIGSAW, the national centre for youth mental health.

The fundraising initiative now in its 7th year has received phenomenal widespread support from generous customers across Lidl’s stores.

Winning customers, the past week, took to the aisles to scoop their Christmas shopping as part of the festive fundraiser and bagged over 170 trolley loads of groceries just in time for Christmas.

For two weeks annually in November, Trolley Dash tickets are sold in Lidl stores nationwide for just €1 each, offering customers the chance to win a supermarket sweep style dash around their local nearest Lidl store.

Since its inauguration in 2014 the festive fundraiser has raised over €2million for the supermarkets charity partners and given away trolley loads of Christmas groceries to the lucky winners.

“It’s an incredible milestone to have raised over €280,000 in this year’s Trolley Dash, it’s a fun and festive way to mobilise efforts in support of a super charity.

“With restrictions over the past two years, looking after local community’s big and small is more important than ever.

“The whole team at Lidl Ireland are heartened by the generosity and that so many customers wanted to contribute to a cause that has a real impact for those looking for support in times of need.”

On receipt of the charity donation Joseph Duffy, CEO of Jigsaw, said:

“We continue to see a significant increase in the demand for our services and supports across Ireland and it is so important that young people, their families, teachers and communities know that we are here to support them.

“Thank you so much to Lidl Ireland for this incredible donation from Trolley Dash, made possible by your generous customers – Thank you to everyone who bought a ticket and contributed in raising these vital funds, which will enable us to be there to support young people, when and where they need us.”

Trolley Dash is just one of many initiatives by Lidl Ireland to fundraise for Jigsaw – the National Centre for Youth Mental Health and engage customers and local communities with various activities.

A special Lidl Elf Factory pop up event was also held at Lidl Ballyvolane, Cork , Oranmore, Galway and Tallaght, Dublin, where children were invited to stuff and name their own elf toy, create a special Christmas decoration and write and post their letter to Santa.

Lidl Ireland has teamed up with House of Christmas Lights Dublin, a Lucan based house lights display to raise funds for its charity partner. In support, the retailer has offered to match funds up to €5,000 raised through this year’s Christmas lights display between now and 6th January 2021.

To find out more information about Lidl Ireland and their charity commitments please visit: www.Lidl.ie