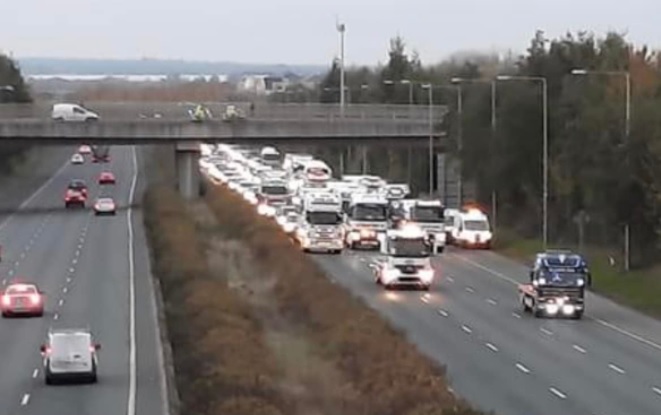 Truckers are currently staging a protest in the city centre this morning calling for price cuts on fuel.

“This protest has been planned to cause maximum disruption to commuters going to work.

“This type of protest is misguided and pointless.

“If the organisers want to take their message to the Government, their convoy should meet on Merrion Square outside Government buildings, not on the main motorways at 7AM causing mayhem for people trying to get to work.

“We all want lower fuel prices but the protest organisers will lose public support with this reckless protest.

“I represent people that get up early in the morning – this protest is an attack on commuters trying to get to work on time.

“Ordinary workers that also face very high fuel bills, should not be collateral damage and hundreds of thousands of commuters should not be held to ransom by the threat of repeated protests in the week before Christmas.

“It’s unclear who is behind this Facebook group or what specific measures they want from Government.

“They don’t appear to be affiliated to the official Irish Road Haulage Association.”