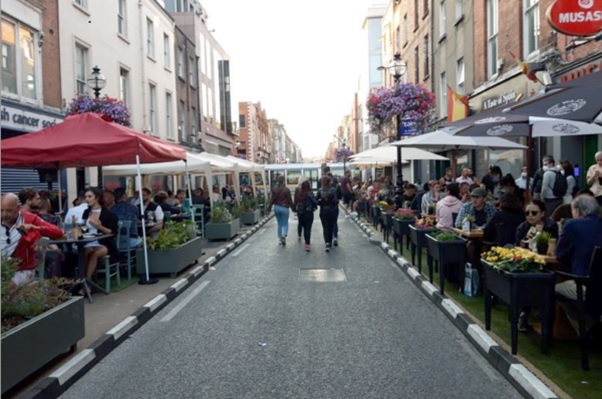 The initiative, which was due to finish this weekend, will now conclude on September 26th.

The decision to extend the traffic-free weekends was made by Dublin City Council management following representations by the Lord Mayor of Dublin, Alison Gilliland, and her fellow Councillors.

“This trial has been hugely successful so far,” said the Lord Mayor.

“It makes perfect sense for it to continue until the end of September.

“I am delighted that, with the support of cross-party colleagues, we have been able to secure this extension.

“I would encourage anyone who hasn’t already done so to come in and see for yourself what a fabulous outdoor initiative this is.”

A period of public consultation to ascertain people’s views on all perspectives of the traffic-free streets scheme will commence on Monday 30th August.

This was originally planned as part of the initiative.

Dublin City Council says it will also engage specifically with residents and businesses in the immediate area.