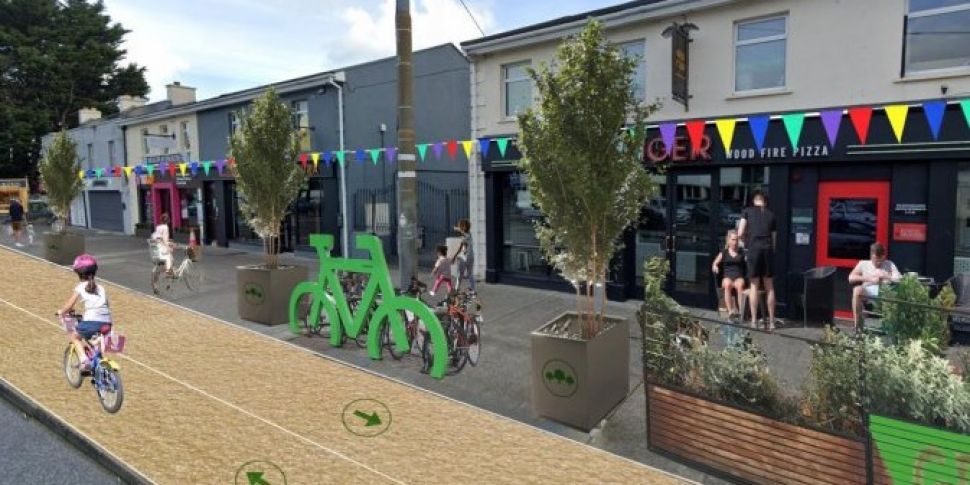 Deansgrange locals concerned about plans to introduce a one-way traffic system to facilitate a new cycle lane in the Dublin suburb say they are worried that a council vote scheduled for Monday will dash “any remaining hope” they have of resolving the matter.

The cycle lane is part of Dún Laoghaire-Rathdown County Council’s Active School Travel scheme announced in August 2020 aimed at reducing private car use by providing alternative means for children to get to school in a safe and active way.

Campaigners in Deansgrange say the council responded to concerns raised about the current route on the table for the Deansgrange route by “unilaterally” postponing the whole 25km Active School Travel scheme last month, triggering Monday’s Section 140 vote brought by councillors concerned that the entire project may now be at risk.

“We feel that, by postponing the entire scheme in response to our concerns on the Deansgrange stretch, the council has unfairly shifted the narrative in a ‘pro-cycling versus anti-cycling’ direction, but this is not an all-or-nothing situation.

“We are in favour of the Active School Travel scheme.

“We just want to be able to work with the council to map out a better route for Deansgrange, which accounts for just 900 metres of the whole 25km project.

“We are now suddenly in a situation where, because of Monday’s vote on the entire project, any prospect of having our voices heard on the Deansgrange issue is at a very real and immediate risk.”

Dún Laoghaire-Rathdown County Council’s current cycle lane proposal includes a one-way traffic system running along Deansgrange Road from the junction with Kill Avenue in the South through to Springhill Avenue/Brookvale Park in the North.

DVBG and other local campaigners claim the proposed route would cause “immense disruption” in the area.

They say a traffic report carried out in 2019 (pre-Covid) found that the route would displace between 4,000 and 5000 cars, rerouting traffic through quiet residential areas and resulting in job losses for businesses reliant on road access.

DVBG represents 40-plus traders in the area.

The non-profit organisation says it has commissioned its own independent research which has identified four alternatives to the contentious Deansgrange Road section of the Active School Travel route.

“There are better ways to do this,” representatives for The Deansgrange Village Business Group (DVBN) said.

“We engaged Transport Insights, a traffic consultancy, to put together an independent report on the most optimal routes for the cycle lane.

“While we understand this submission was considered by officials within Dún Laoghaire-Rathdown County Council, no formal response has been received to date by DVBG from DLRCC in relation to the identified alternatives alignment options within Deansgrange Village.”