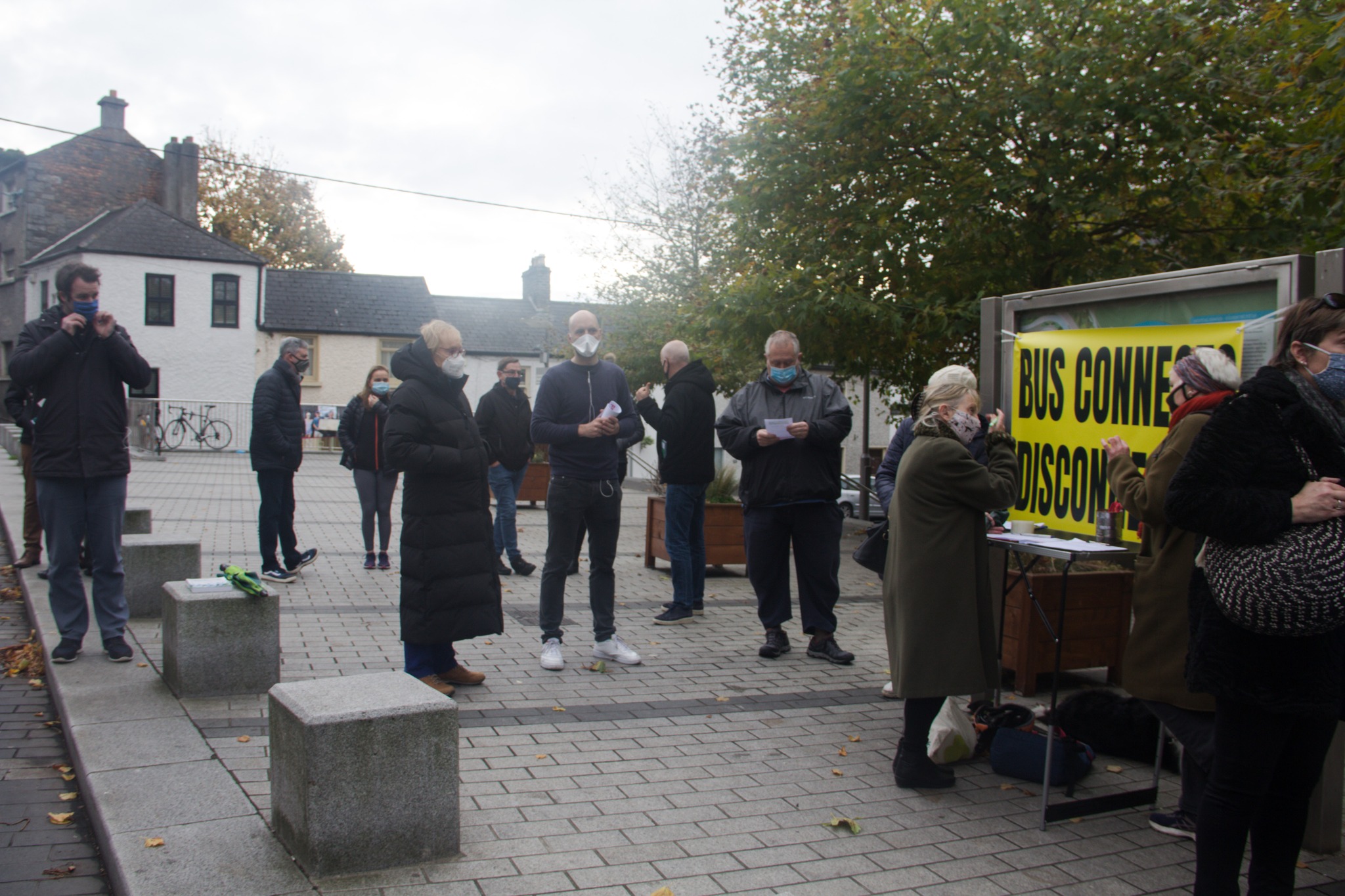 The National Transport Authority (NTA) has been called on by Chapelizod residents and local politicians to amend the new BusConnects route for the area.

Last month, People Before Profit TD Bríd Smith, councillor Hazel De Nortúin and supporters held a demonstration and information stall in the village to raise awareness about the next phase of BusConnects – the C Spine.

The C Spine, which was introduced on November 28, will affect the bus services in Chapelizod and surrounding areas.

“Under the current BusConnects plan Chapelizod will see one bus service replacing the six which had previously been in place,” said Deputy Smith.

“Most importantly this will mean the loss of a direct bus connection to Lucan, Lexlip and Maynooth,” she said.

“As most of the school children from Chapelizod attend schools in Lucan, and given the large employers in North Kildare, the University in Maynooth, and the fact that many older residents rely on services provided in those towns, it is completely unacceptable that this direct public transport link should be cut.

“We are calling on the Minister for Transport, Eamon Ryan, and the NTA to commit to the continuation of a direct bus connection between Chapelizod and Lucan, Lexlip and Maynooth.

“Further, the NTA must deliver ongoing reviews of the bus service to ensure that its capacity and frequency properly serves the needs of local residents all along the route.”

The 25 and 66 bus routes were removed from service this past weekend and will be replaced with a streamlined 90-minute fare.

Overall, 15 existing bus routes in the area will be removed in a major overhaul.

In their place, four C-Spines will be introduced – C1, C2, C3, and C4, each one serving the city centre, along with six additional local routes.

Councillor De Nortúin said: “At a time when we need to increase public transport and improve the quality of service, the proposal to axe essential, local bus services is unacceptable.

“If the plans go ahead as currently proposed it will only result in more people using their cars, more carbon emissions, more air pollution and more congestion on the roads.”

“The NTA have since indicated that they are willing to consider changes to the proposed routes in order to accommodate the needs of local residents.

“At this time, public consultations are still ongoing.”