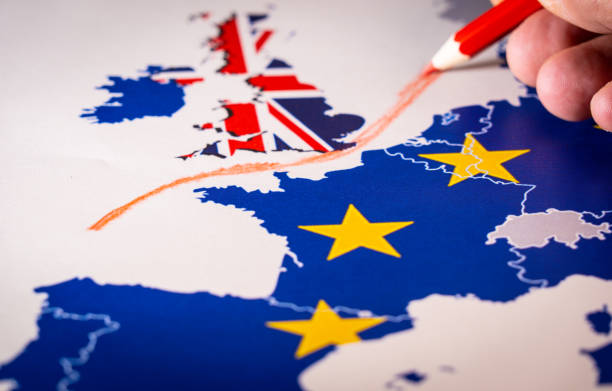 The UK Government is fooling no one with their attempted Brexit backtrack.

This is according to Dublin Rathdown Fine Gael TD Neale Richmond who was reacting to the publication by the British Government of a new paper on the post Brexit Protocol.

“A deal is a deal, Boris Johnson influenced it, negotiated it, signed it and now needs to own it,” Deputy Richmond said.

“This change of direction outlined by the British Government is both simplistic and disappointing.

“While the full paper will need to be examined more closely, we must remember that the Protocol was jointly negotiated by this British Government and the EU.

“It is not a foreign construct, it is jointly owned by both and must be jointly implemented by both. There can be no room for unilateral actions or renegotiation of the Protocol.

“It has always been clear Brexit would be profoundly disruptive for Northern Ireland, particularly given that a clear majority of people there voted to stay in the EU.

“Unfortunately, this British Government has chosen, and continues to prioritise, the hardest form of Brexit, short of a no deal.”

Deputy Richmond, who is also his parties spokesperson on European Affairs, said what is needed is for the British Government to work in partnership with the EU.

“The Protocol is not the problem, Brexit is. Indeed, the Protocol presents the solution to the problems caused by Brexit for the island of Ireland,” he said.

“The Protocol safeguards the Good Friday Agreement, avoids a hard border on the island of Ireland, protects the Single Market, and Ireland’s place in it.

“Solutions do exist, within the parameters of the Protocol, for many of the issues that have arisen to date.

“The EU has consistently demonstrated its ability to respond positively to the concerns of people in Northern Ireland, including most recently on June 30 through the announcement of an extension of the grace period for chilled meats as well as significant progress in a number of other important areas. The EU continues to engage closely with stakeholders in Northern Ireland, as does the Irish Government.

“What we need to see is the British Government working in partnership with the EU to identify realistic solutions in a spirit of positive and constructive engagement. Papers like this and continued, negative interventions by British Ministers in the media run contrary to this spirit.

“The very obvious solution would be for the British Government to agree a veterinary deal with the EU, something that would remove checks on 85% of goods moving between Great Britain and Northern Ireland almost instantly.

“We must also bear in mind the significant opportunities the Protocol presents for business and employment in Northern Ireland. Northern Ireland is the only place in the world where goods have free and full access to both the EU single market and the rest of the UK internal market.

“Surveys show that two-thirds of NI businesses see the opportunity in this – and we are seeing historically high FDI interest in the North. We need to use the Protocol to deliver on a prosperity agenda for the people of Northern Ireland. Realising these opportunities, as our economies build back from the impact of Covid, should be the focus of our energy at this time.

“The Protocol isn’t going anywhere. It has been negotiated and it has also been signed off not just by the European side but also by the British Government, so I think, with respect, any assertion that the Protocol can be abolished is fanciful, that’s not going to happen,” Deputy Richmond said.