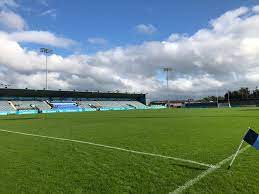 / Faughs 0-14 A racking up rise just before the three-quarter mark established Ballyboden up for success over Faughs in their Go-Ahead Dublin SHC ‘A’ Group 4 Round 2 encounter at Parnell Park on Saturday.

A fine bring as well as point from Faughs’ Niall Fitzgibbon left the Tymon North outfit four factors in arrears, 0-14 to 0-10, after 40 minutes yet then Boden struck the next five points to open up a nine-point cushion at the second water break.

The prominent duo of Conal Keaney and Niall McMorrow combined for Keaney to spark the racking up rush with Simon Lambert, adhering to fast interaction by Boden, Conor Dooley (totally free) as well as a support of factors from play by Aidan Mellett made it 0-19 to 0-10.

Factors from Jack McVeigh and also Ciarán Brennan cut the shortage however any kind of hopes Faughs had of an effective comeback were finished by Conor Dooley’s converted penalty in the 48th min following a foul on Niall McMorrow.

In the other team 4 clash, Iliver Plunkett’s were unflinching in a 4-17 to 0-6 sway Scoil Ui Chonaill.

Conor Dooley included two further scores– cost-free as well as point from play– before the surface to bring his individual tally to 1-6 (1-0pen, 0-4f), with Conal Keaney (0-5), Niall McMorrow (0-4, 1f) and Seán McDonnell (0-3) their leading marksmen.

The early exchanges were really equally stabilized with Faughs starting with intent– Carl O’Mahony converting the very first of his five deadballs (4 frees, one ’65’) as well as James O’Brien splitting the posts.

Boden replied with 2 Conal Keaney scores, the first from halfway complied with by an additional strike complying with good work by Stephen O’Connor.

Before the initial water break there were goalscoring possibilities at both ends– Pearse Christie had the sliotar in the net but had been whistled back for taking a lot of steps after combing with Aidan Mellett and after that Finn McGarry and also Stephen O’Connor combined to conserve their side prior to Faughs David Croke hit the bar with a shot on the follow up.

At the water break Boden were 0-5 to 0-4 ahead before Niall McMorrow, a precise snapshot, extended the lead for the Firhouse Roadway guys.

McMorrow was to include 2 further points in the 2nd quarter to aid his side to a half-time lead of 0-11 to 0-6.

Faughs, again, began the far better after the short stoppage with Carl O’Mahony (’65’) as well as Peter Shaw, after a good bring from James O’Brien, on target.

Six mins into the 2nd half Boden had a sighting on goal however Stephen O’Connor was denied by Faughs caretaker Eddie Hogan.

Faughs lost freetaker Carl O’Mahony to a hamstring injury however points from James O’Brien and also Niall Fitzgibbon had them very much in contention after 40 minutes, just four points adrift.

After that Boden used the pressure and those 5 unanswered points gave them a nice padding before Conor Dooley’s well-taken penalty left Faughs with excessive ground to comprise.

The Mobhi Roadway side tallied 4-27 in their opener against Whitehall Colmcille as well as were rapidly about their organization against the Craobh when opening up a 1-8 to 0-0 leading inside 11 minutes and also by half-time Na Fianna were 1-16 to 1-4 clear, Donal Burke notching 1-8. He ultimately relocated that on to 1-12 by the close of service (9f, 1 ’65’).

Twelve minutes right into the 2nd half Colin Currie got Na Fianna’s second goal after being selected on the far side by the AJ Murphy– that put his side 15-points clear (2-19 to 1-7).

Craobh fought to the completed with Robbie Mahon striking two scores from have fun with Billy Ryan and Derwin transforming from deadball circumstances.

Yet Na Fianna held the upperhand in a lot of fields of the area to make it 2 wins from two begins.

In the other Permission Dublin SHC ‘A’ Team 1 Round 2 clash on Saturday, Whitehall Colmcille defeated Ballinteer St John’s 0-21 to 1-15 in O’Toole Park.

That leaves Whitehall as well as Chiaráín’s in a straight battle to get to the last 8 when they clash at O’Toole Park on October 3 (2pm Parnell Park).