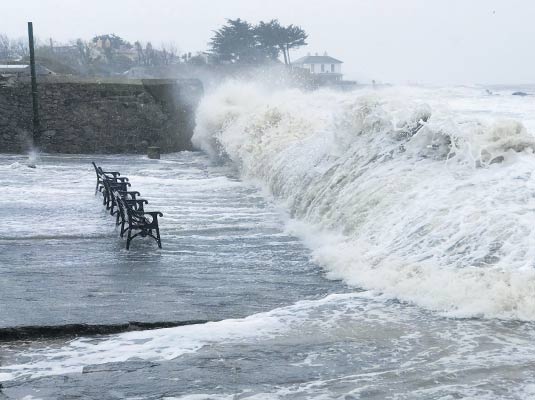 Bartra has withdrawn its planning appeal to An Bord Pleanala for the proposed development of the former Western Marine site at Bullock Harbour.

The news was confirmed in a letter sent to the planning board last week.

In summer 2020, the Bullock Harbour Preservation Assocation filed for a judicial review of ABP’s decision to grant Barta permission to develop villas and retail space on the harbour.

“ABP decided not to defend the case in July 2020 before the Judicial Review could be heard,” said BHPA in a statement.

“The High Court Judge then quashed the planning approval and sent the case back to ABP for reconsideration.

“Since that date ABP have not reached any decision, and now the dev\loper has withdrawn the appeal application from the Board,” a statement reads.

The group also said that it believed “this is not the end of the matter.”

“We understand that Bartra Property Ltd may be submitting a new planning application for the site.

“This would be their third application for the Western Marine site.

“They have already made an initial application for a certificate of exemption from the requirement to provide social housing.

“This is standard practice preparatory to submission of a planning application.

“We await further information on the detail of any such new application and we will keep you appraised of the contents.”

Only a couple of days after Bartra withdrew its appeal, a planning a new site notice appeared at the Bullock Harbour site, indicating that a new application has been made.

“The ink is hardly dry on our last update but we must now send you another,” a spokesperson for the BHPA said.

“As we anticipated Bartra Property Ltd have erected site notices on the Western Marine gates this morning for their new planning application.”

At the time of writing, full details of Bartra’s new proposal have not yet been made available and according to the BHPA, “the site notice summary of the plan is insufficient to draw any conclusions on the new proposal at this stage.

“Unfortunately, this application will come under the existing 2016-22 County Development Plan as the final 2022-28 Development Plan will not be adopted until the spring of this year,” the group says.

Bartra’s original plan, which was initially given the go-ahead by An Bord Pleanala in 2019, was to build two apartments, three detached houses, a marine leisure centre, a cafe, changing rooms and a public square at the harbour site.

These proposals were heavily criticised by local residents and politicians who said that such a development would have a detrimental impact to the historic harbour and native wildlife.

The BHPA said that a proper Environmental Impact Assessment (EIA) was not carried by An Bord Pleanala before permission was granted to Bartra.

It also said ABP also did not take into account evidence submitted by the group concerning potential flooding at the site.

A report which had previously been submitted as part of the planning process in regards to flooding at the site was “hopelessly inadequate” and “demonstrably incorrect by a factor of nearly 1,000,” said the group’s legal representative.