Home Latest News Balbriggan, Ballybough and Dun Laoghaire are winners and runners up at the .IE Digital Town Awards 2021 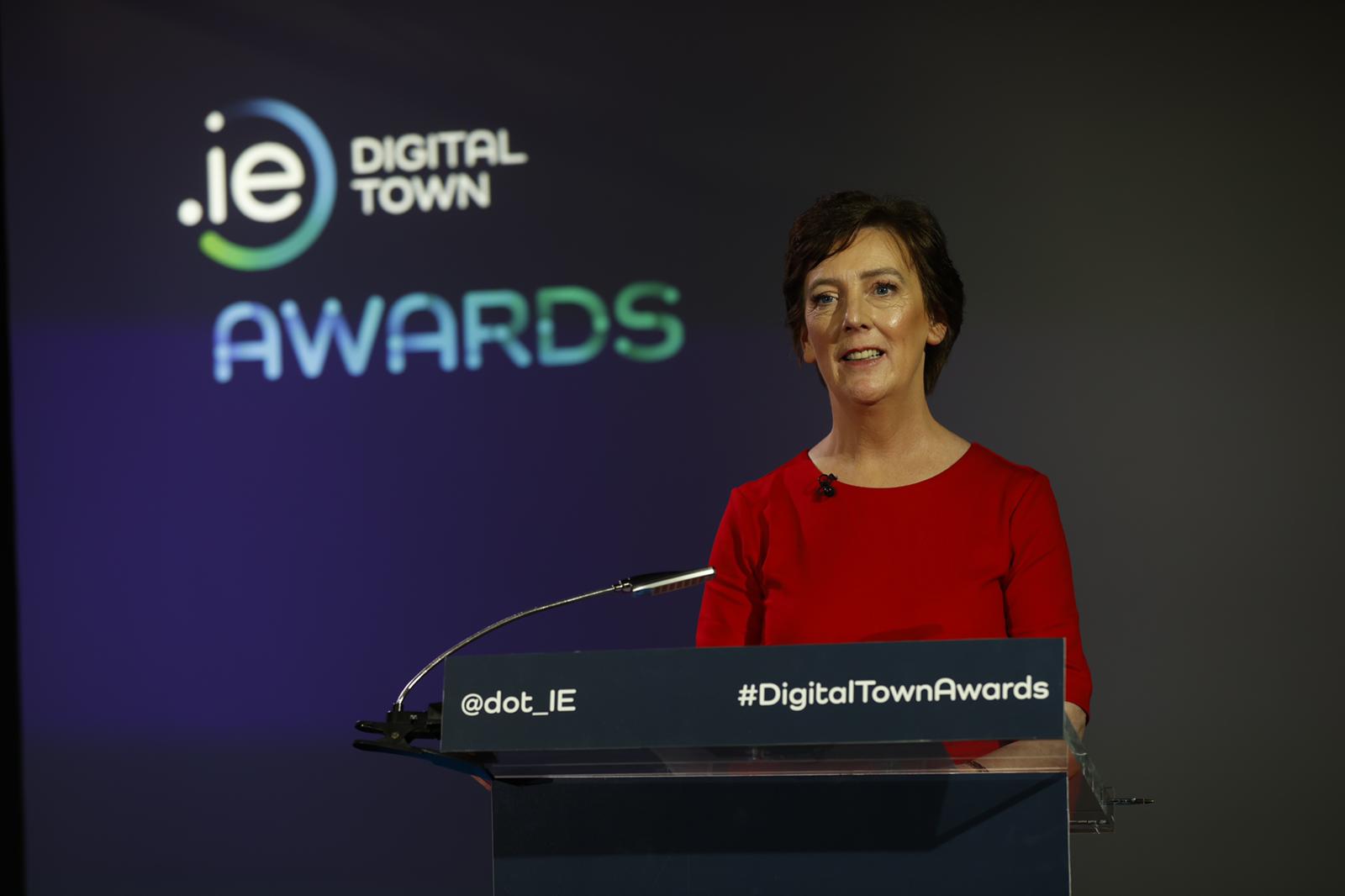 Dun Laoghaire’s Digital HQ project has won the Urban Town (up to 30,000 population) at the inaugural .IE Digital Town Awards 2021.

The result was announced today at a virtual ceremony attended by Minister Damien English, Minister of State for Business, Employment and Retail at the Department of Enterprise, Trade and Employment.

The .IE Digital Town Awards, established by .IE, the company that manages and maintains Ireland’s country domain name, were launched earlier this year to honour local town projects and people that have demonstrated how digital projects have contributed to enhancements or digital improvements in areas such as health, tourism, education, public services, employment opportunities, citizen empowerment, and social entrepreneurship.

The aim of the awards was to ‘Shine a Light’ on the good work and achievements of towns that demonstrated digital thinking and innovation for the betterment of local people, services, and society.

There was a total prize fund of €100,000 across 14 award categories. Eleven of the awards were for individual town projects, with a further three special awards recognising a Digital Changemaker, a Digital Rising Star, and a Digital Hero.

Balbriggan’s Digital Rejuvenation project finished runner up in this same category and won a total prize of €5,000. It was recognised for its ambitious vision for the town with significant buy-in and support from the local community.

As winner of the Digital Changemaker category, Ballybough’s Laura Williams won an individual prize of €3,000 and was commended for her tireless contribution to the BPop initiative, and her overall enthusiasm and commitment to making change and building pride in the Ballybough area.

Dingle Peninsula in Co Kerry was announced as overall winner for their innovative project ‘Reimagining Creatively Through Digital’.

The full list of category winners and runners up include:

Runner up – Arranmore Island: Using IoT to help with assisted living for the elderly. (Prize: €5,000)

“We congratulate all of our winners and runners up today and celebrate with them their immense achievements.

“When we launched the .IE Digital Town Awards earlier this year, we wanted to shine a light on the incredible digital efforts being made by towns and their people across the country.

“What today’s winners, runners up and finalists show is the resilience and spirit of local towns, local people and local communities in creating their own opportunities by using digital for the betterment of local life and society. In the case of all our finalists and winners today, the results have been transformative.

“At .IE, we hope that Dun Laoghaire, Balbriggan, Ballybough and all of our winners and runners up can become an inspiration to other towns and communities around the country and show them too how digital technologies can create new ways of doing things, promote innovation and, ultimately, breathe new life into local communities.”

The .IE Digital Town Awards mark the first phase of a €1 million investment to be delivered by .IE over the next four years, with a focus on digital enhancement and adoption in Ireland’s towns as part of its overall .IE Digital Town programme.