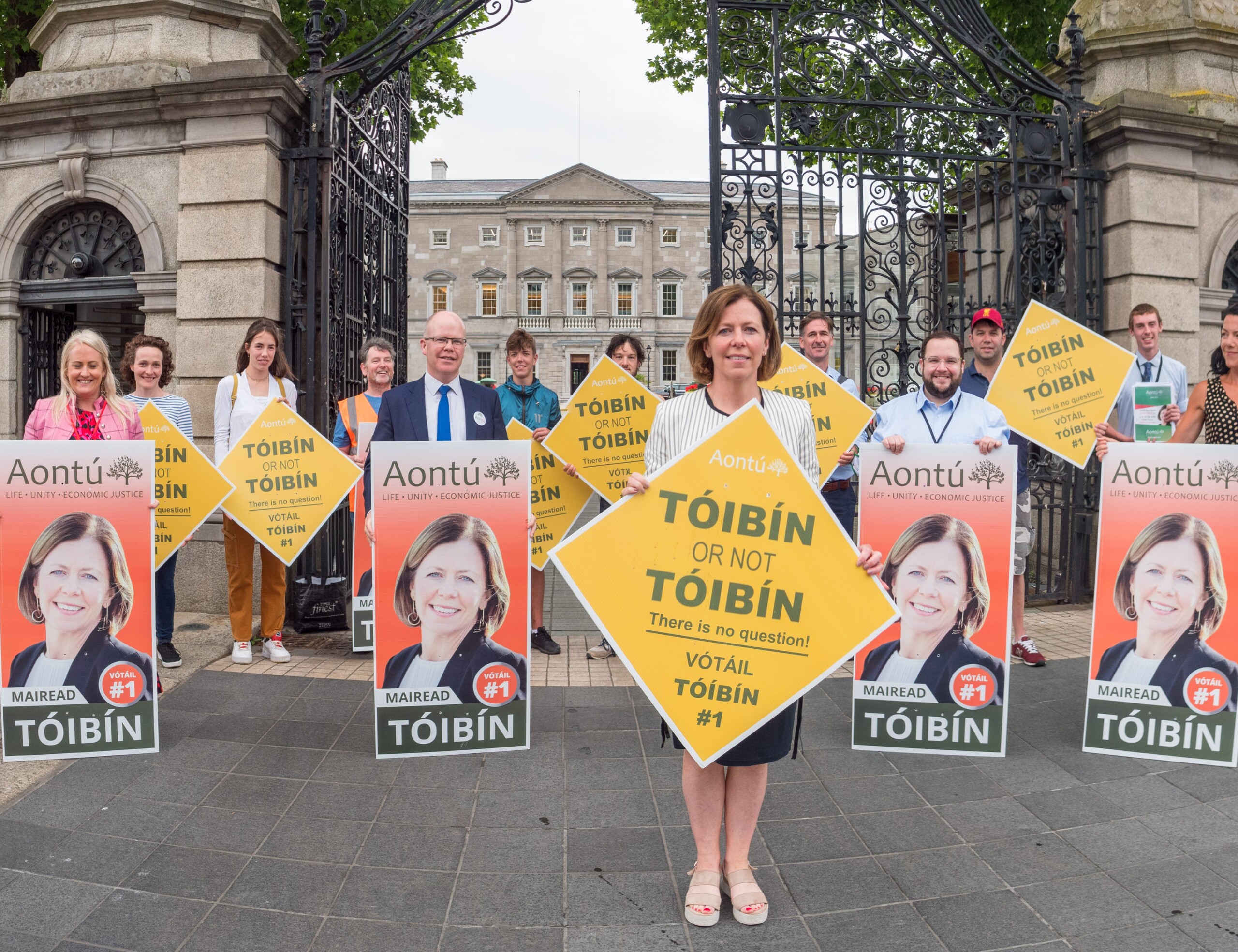 Mairéad Tóibín, Aontú representative for Dublin Bay South has said her party will commence High Court proceedings this afternoon ‘over the decision by RTE to exclude only one Dail political party from the all of their Bye-election broadcast debates.’

“It has a particular responsibility to to ensure that election coverage is fair, democratic, inclusive and unbiased.

“However RTE has decided to exclude only one Dáil political party out of the eight Dáil parties contesting this bye-election. This is an incredibly arbitary decision”.

“RTE also have a responsibility for the diversity of Ireland to be reflected in public discourse.

“Aontú has been the only party in the Dáil for the last number of months to challenge the Government on the length and servity of the restrictions they are imposing. Aontú has been the voice of pubs and restaurants in this crisis.

“Aontú has been the 1st party to call for a full public investigation into the shocking crisis that has unfolded in our Nursing Homes and Hospitals. We have also been campaigning for the full reopening of Cancer, Mental Health, Heart Disease and Stroke services now. Closing down this voice at this key time of national crisis is a massive disservice to the Irish people and cannot be allowed”.

Mairéad Tóibín also said Aontú is a political party registered in both the North of Ireland and the Republic of Ireland with 6 elected reps and received over 50,000 votes in the last General Elections.

“This is a vote higher than People before Profit who RTE have allowed in this debate,” she said.

“In the 2 ½ years of our existence we have grown significantly and created a real foundation.

“Indeed Aontú is polling higher than People before Profit in many national opinion polls for the last 6 months.

“Aontú is also polling at or ahead of the Greens and Labour in some opinion polls. In the only opinion poll carried out in this constituency, by the Irish Times,  Aontú is polling ahead of People before Profit.

“That RTE facilitates a party with less support in this constituency than Aontú and excludes us raises serious questions of management in RTE. There are many great journalists in RTE and I believe many would of them would not stand over this decision”.

“For the purposes of The Week in Politics debate RTE seek to place Aontú in a prerecord segment with micro political parties who have no elected representatives at all. This completely skews the reality and people’s perception of Aontú. During the European Election RTE used the yard stick for debate inclusion that a party must have at least 1 TD in the Dail. There is no reason for them to change this now. Aontú was excluded from the first debate for smaller parties by RTE at the last general election. We as a party had to go to the High Court to raise the issue. Only then did RTE relinquish and include Aontú in its final debate for small parties.  This RTE practice is unique, as BBC NI, Virgin Media, Newstalk  and Local Radio do not exclude Aontú from election debates”.

“During the last election RTE explained why it changed its mind about including Sinn Féin in the RTE TV Debate for larger parties. They admitted that Rule 27 of the Broadcasting Authority of Ireland (BAI) meant: “Elections are dynamic events and broadcasters should give active consideration to their approach to coverage over the duration of a campaign and amend this approach. We are calling on senior management with RTE, even at this late stage to commit to balance, diversity and democratic fairness for all elected political parties in Ireland”.