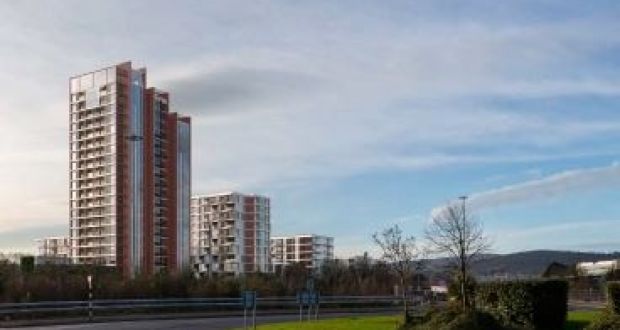 An Bord Pleanála has given approval for the construction of a seven-block apartment complex at Golf Lane, Carrickmines.

The proposal, submitted by Bowbeck DAC, consists of 482 apartments and an apartment block that will reach 22-storeys in height.

The plans were submitted as a Strategic Housing Development (SHD) – a controversial initiative where developers can skip the local authority and submit its plans to An Bord Pleanala if the proposal consists of more than 100 residential units.

Overall, the development is made up of 229 two-bed apartments, 183 one-bedroom units, 31 studio units and 39 three-bedroom apartments.

The planning authority granted permission for the development despite the inspection report suggesting that the plans be rejected.

“This signifies topsy-turvy planning where something that would have extreme difficulty getting approved in most parts of the city centre gets approved in a suburban location within Dún Laoghaire-Rathdown.

“This decision comes as recent concerns have been expressed by Office of the Planning Regulator in relation to excessive suburban development near the M50.

“We have protections set out in the County Development Plan against excessive development but nowadays in suburban Dublin, and especially in relation to this application, it appears the only limit on building height that can be approved is the sky.”

An Bord Pleanala received 34 submissions on the proposal, which included objections from TD Richard Boyd Barrett and An Taisce.

One submission included 34 households outlining their concerns on the project.

The South Dublin Association of An Taisce said that “in our view, a tall landmark building at the M50 interchange at Carrickmines is neither necessary nor appropriate”.

It said that the proposed height of the landmark building “is clearly excessive”.

Deputy Boyd Barrett and People Before Profit councillor Melisa Halpin said that the height and density of the development is completely out of keeping with the surrounding residential area.

Bowbeck DAC has valued 48 apartments that it plans to sell to the council for social housing at €19.9m.

As part of the Part V social housing obligations, developers must assign 10% of the developed units as social or affordable housing stock.